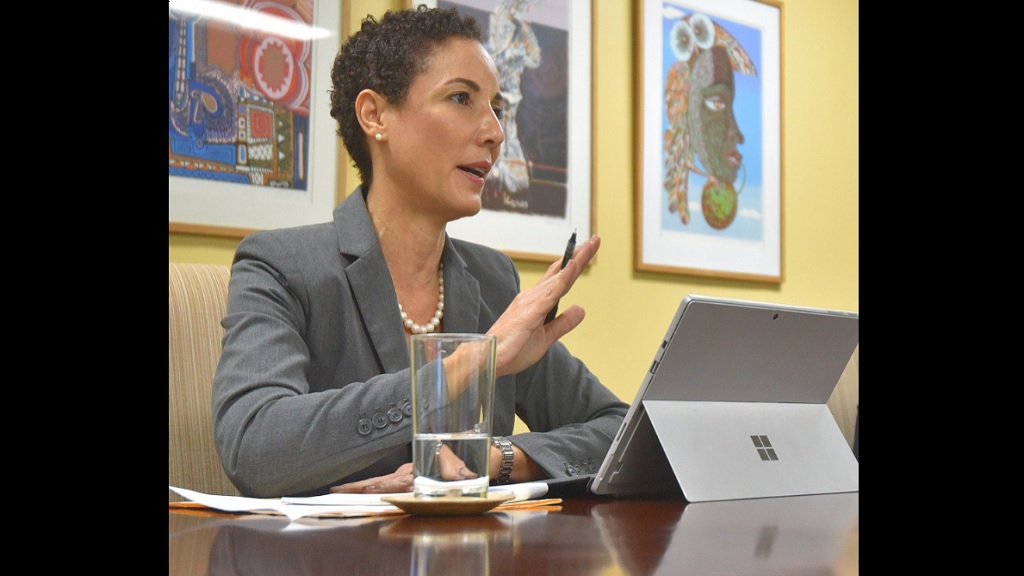 The 24 Jamaican students in Ukraine who have been travelling to the border with Poland, have arrived at a designated border checkpoint between the two countries, Jamaica’s Foreign Affairs and Foreign Trade Minister, Senator Kamina Johnson Smith, has advised.

The students were forced to proceed by foot to the border after the bus on which they journeyed from L’viv in Ukraine relatively near to the border, was interrupted by roadblocks.

Ukraine has been under increasing attack from the Russian military since Thursday.

In a further update on Sunday afternoon, Johnson Smith, whose team has been monitoring the progress of the students, said the students were cold due to the frigid weather conditions.

“Regrettably, we understand that two of the students are not feeling well; one in particular because of the cold. She is currently getting care in an ambulance now at the border crossing point,” said Johnson Smith.

The minister said Jamaica’s Charge d’affaires (Deputy Ambassador), Deniese Sealey, and others are on their way to the Polish border to receive the Jamaican students.

“They do have a heated bus and it is ready to accommodate the 24 students when they will have crossed through, and as I have indicated before, we’ve made arrangements for accommodations and food on that side, and, of course, arrangements are being made in respect to flights back home (to Jamaica) as soon as they are available,” stated Johnson Smith.

In noting that the border crossing is “extremely crowded”, the minister said it will take time for the Jamaicans to go through.

“So I’m just asking for some calm and understanding,” she pleaded.

“We have had confirmation from the Polish Ministry of Foreign Affairs that they have received the names of our students… They should not have any difficulty in entering Poland.

“The difficulty now is the sheer size of the crowds, and therefore, the time it takes to get through,” said Johnson Smith.

She appealed once again for Jamaicans to pray for the strength of the students as they seek to exit Ukraine.