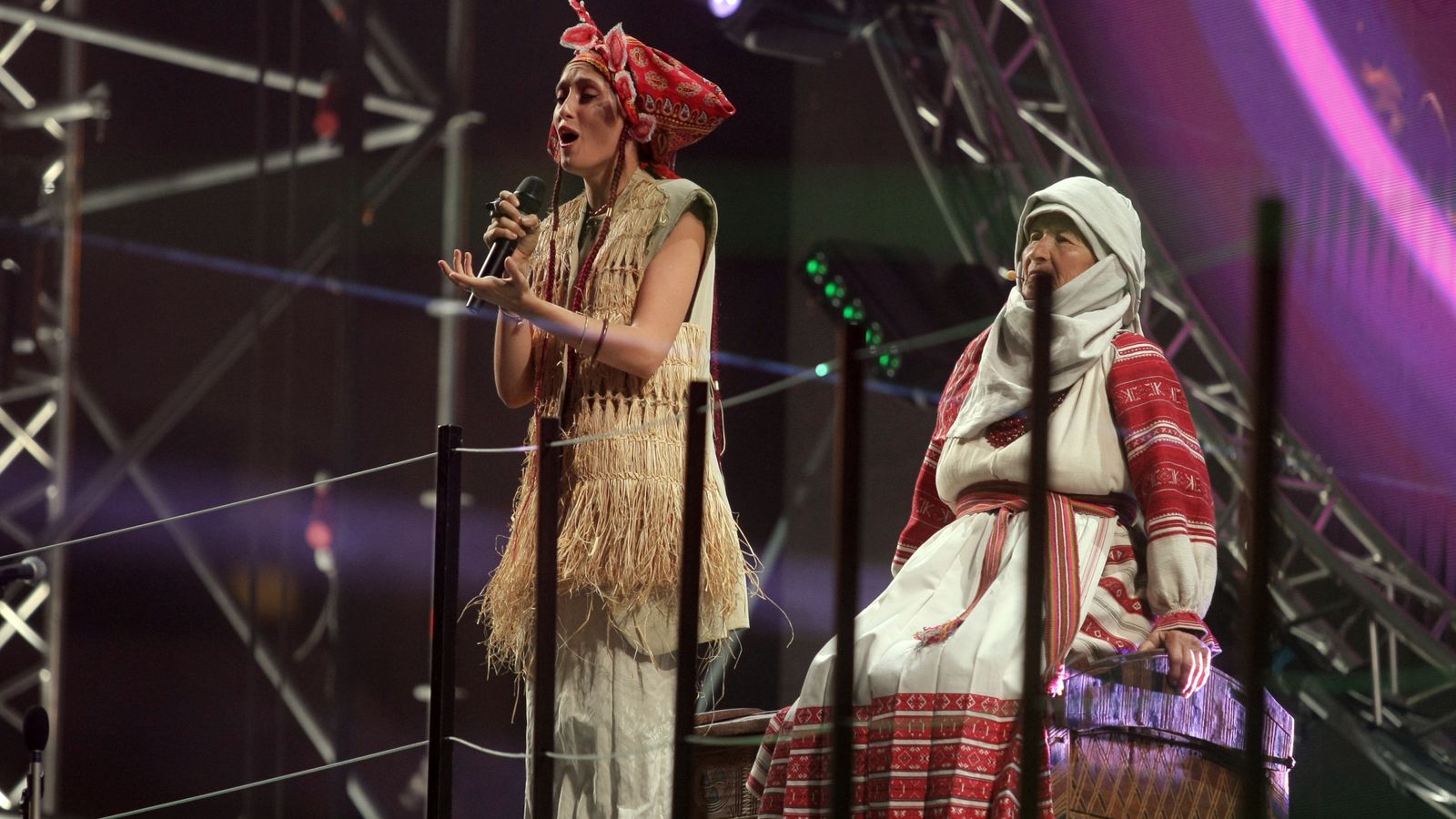 Ukraine’s newly chosen Eurovision act has been suspended, amid claims she travelled to the Russian-controlled Crimea in 2015.

Alina Pash is facing scrutiny from Ukraine’s national broadcaster for the trip she was said to have made seven years ago, and now faces a nervous wait to see if she will represent her country at the contest in May.

Russia seized control of the peninsula in 2014, with travel to the area – while discouraged to Ukrainians – only allowed through official checkpoints in Ukraine.

Please use Chrome browser for a more accessible video player

Pash has provided official documentation that proves that she did not enter Crimea via Russia, which is illegal under Ukrainian law, but that is also now having to be verified with border authorities.

The controversy comes just days after Pash won national selection with her track, Shadows of Forgotten Ancestors, which is said to be about the country’s history.

Eurovision this year takes place in Turin, Italy, after alt-rockers Maneskin won last year with their track Zitti E Buoni, and will be hosted by British-Lebanese pop singer Mika.

Tensions in eastern Europe remain tight, with Russian President Vladimir Putin in talks with Western leaders over his deployment of troops to the Ukrainian border.

Despite saying troops are being sent home, NATO believes more have actually been deployed, as fears of a Russian invasion remain high.

Russia is seeking demands from the West to prevent Ukraine from joining NATO – which would put the organisation on Mr Putin’s border.