The Irishmen bringing the breakfast roll to Vancouver 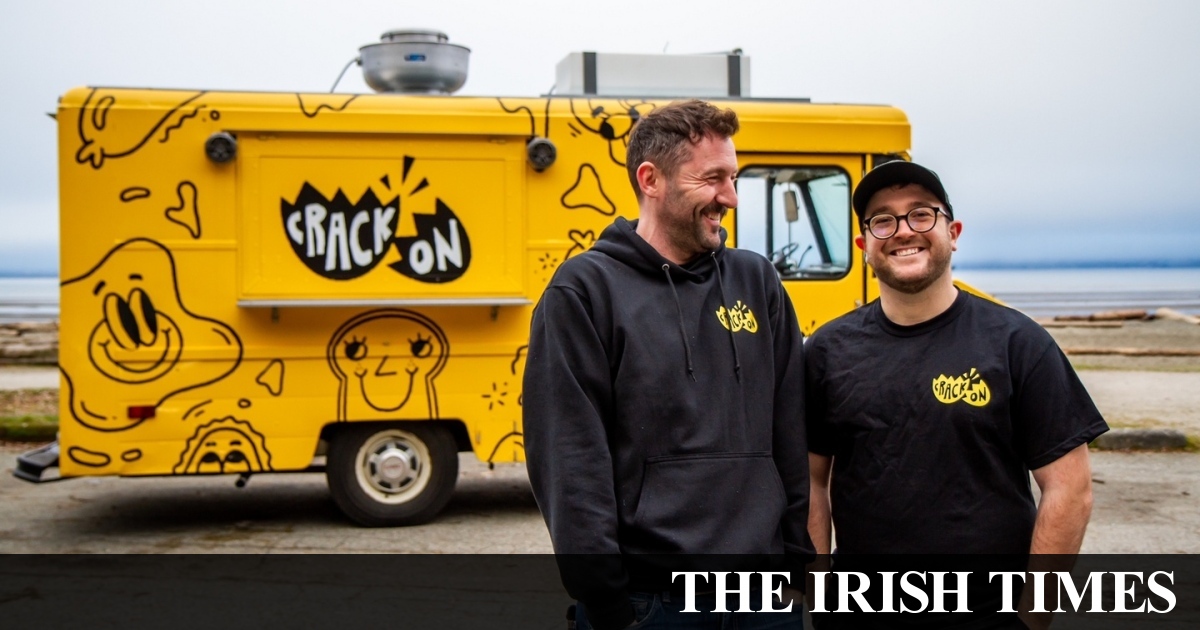 Starting a business is often a challenging endeavour, but throw in a global pandemic while you are 4,000 miles from home and you are facing a daunting task. But that did not deter Mark Kearney and Augustine Schwerin as they set their sights on bringing the best breakfast sandwiches to Canada’s West Coast.

Kearney, who is from Castleknock, Dublin, spent most of his twenties travelling around the world, looking for new adventures anywhere he could find them. After finishing his degree in marketing at Technological University Dublin in 2006, he worked in various sales roles across Ireland, but couldn’t stop dreaming of opening his own business one day. When the global recession hit in 2008, he felt trapped in a position he was not enjoying and knew that there was something better out there for him.

After months of research into a number of countries where he might make a fresh start, Kearney travelled to Vancouver in British Columbia, Canada. He says he chose it because Vancouver is a “beautiful city that offers an incredible lifestyle”. He could snowboard on “world-renowned mountains in Whistler-Blackcomb, North America’s largest ski resort” in the winter, then sit on one of the sandy beaches lining the coast in the summer.

Landing in Canada in 2011, Kearney was excited by moving half-way across the world, but was challenged by arriving with only a single suitcase and no friends or family in tow. Glancing out the window of his hostel, where he was surrounded by strangers, Kearney remembers thinking: “I don’t know what I’m doing here – what have I done?”

It didn’t take long for him to land a role at a Toronto-based marketing company, leading a team that handled many business relationships in Western Canada. At the same time, Kearney amassed a group of friends who became his “second family”.

Once the pandemic hit in March 2020, Kearney took the opportunity to think about what he is truly passionate about and made “a massive pivot in my career”.

Augustine Schwerin (known as Gus to his friends) is originally from Ranelagh in Dublin. He first went to Canada’s West Coast in 2016 after a chance meeting with a girl in Dublin who was moving to Vancouver.

Schwerin spent six weeks exploring the Pacific NorthWest, travelling along the coastline and experiencing the flavours and “exciting food scene” from Vancouver to Portland. After getting a taste of the lifestyle on offer, Schwerin “ took the leap” and moved full time to Vancouver in 2017.

It didn’t take long for Schwerin to find his feet. He then enrolled at the internationally recognised Northwest Culinary Academy. The chef-owned school was the perfect alternative to a more traditional culinary arts institution, says Schwerin and it helped him settle into his new home on the on the other side of the world, providing the support he needed to hone his passion for food.

Schwerin then entered the real world of kitchens, working for some of Vancouver’s top restaurants including Ask for Luigi and Anh and Chi. But just as his career was going from strength to strength, “Covid-19 entered our vocabulary and upended the entire world.”

Although their journeys to Vancouver were quite different, Mark and Gus – as they are more commonly known in Vancouver – had crossed paths in Canada over the years, after meeting through mutual friends in the Irish community. They never thought, though that they would be working side by side, let alone running a business together, but when the pandemic hit, they found themselves in a similar predicament, facing a lot of uncertainty.

“As the world turns upside down, sometimes you have to take a leap of faith and that’s what we did,” they say.

After bonding over their love of food and their entrepreneurial spirit, they decided to buy a $6,000 dollar truck and set out to convert it into a booming business, tapping into what they saw as a niche in the Vancouver food market – “simply delicious fried egg sandwiches”.

In 2021, they opened Crack On, “bringing a dash of Irish craic to Vancouver while serving up cracking egg sandwiches.” All of this in the middle of a pandemic.

Kearney and Schwerin say that the support they have received from the Irish community and local Vancouverites has been “nothing short of phenomenal. From line-ups down the street on our first week of operating to expanding our brand and now operating in three locations, it’s been a busy, but fulfilling year” The pair now employ eight staff and plan to expand this year.

They say that although the pandemic has undoubtedly been challenging, “it has also provided an opportunity for us to to step back, pause and reflect.” They say they they are “grateful to be part of the food truck industry in Vancouver,which plays such an important role in the community and in the cultural life of the city.” Now they have built a business doing what they love in a place they love.

If you live overseas and would like to share your experience with Irish Times Abroad, email [email protected] with a little information about you and what you do