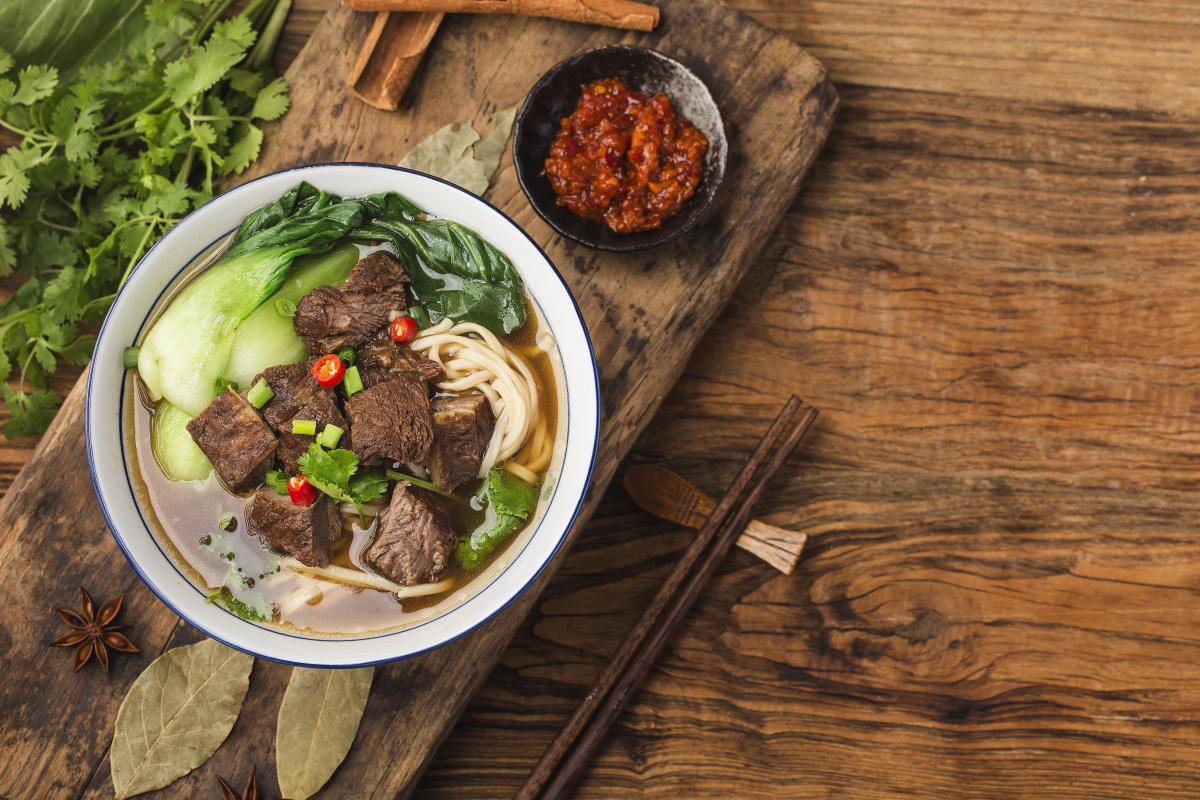 Could Sachin be here, joked someone from our group upon spotting a red Ferrari parked in Taiwan’s Dadaocheng’s old tea zone. Despite the possibility of Tendulkar driving here in his gift horse (that, incidentally, he’d sold long back too) seemed pretty bleak, cricket fans never stop hoping. “If wishes were horses…,” smiled one as we walked past red-brick bungalows towards the Wang Tea house.

A Taiwanese and tea can never be separated, says Jason who comes from a family that set up the beverage biz way back in 1890, welcoming us in. “Tea is deep-rooted in our culture.” Sure enough, visit any part of this leaf-shaped country and you’re bound to find people sitting around, bonding over endless cups of tea. And tea in Taiwan has an Indian connection as well. “Our black tea is believed to have come from Assam,” informs Jason, talking about the Assamica tea bushes that are believed to have first arrived from India. “Of course, helped by Taiwan’s unique climate, these developed a more delicate and elegant flavour,” he adds and soon takes us on a short but fascinating tour through the different processes of manufacturing tea.

Later, as we savour the taste of Oolong whose origins go back to China, Jason tells us that it’s his family’s secret recipe of roasting and blending the leaves that give the tea its special flavour. However, he does add that while Taiwan may traditionally be a tea-drinking country, coffee is also making its presence felt with many interestingly themed coffee bars dotting all over the country.

While on the subject of drinks, the one that wins hands down in terms of popularity is bubble tea or pearl milk tea. In fact, it could well be called the edible icon of Taiwan. Although it may look more like a tall glass of cold coffee, bubble tea tastes more like a dairy-based smoothie with a dash of tea flavour or perhaps some fresh fruit. But, what adds to its hat ke texture are the black tapioca pearls that one chews alongside. Used to the white variety, the black hue of tapioca is intriguing, but then, as a chef informs us in his Taiwanese-accented English, the colour comes from the brown sugar that’s mixed with it.

Another experience that Jerry insists is a must in his town lies not too far from Taichung’s charming train station. This is at Miyahara, an unassuming red-brick structure that boasts of interesting history. Built by a Japanese eye specialist called Miyahara Takeo in 1927 (during the Japanese colonial period), it was once the largest ophthalmology clinic in the area.

After Japan’s surrender in 1945, the building went through a series of upheavals and lay abandoned for several years until a pastry company called Dawn Cake took over. While Miyahara’s original red-brick walls and archway were preserved as they were, the interiors have been given a look that harks back to the movie Harry Potter.

Indeed, Hogwarts fans are sure to be charmed by the opulent chandelier, Gothic-style cupboards, and tall wooden columns lined with box-shaped books that seem straight out of the film. As I admire the huge glass box and, of course, the cakes, tarts, biscuits and ice creams on offer, a youngster here suggests I carry back a ‘food souvenir’ — the store’s traditional pineapple cake. As I pay up, a perfect icing comes in the form of a colourful box of pencil biscuits — a gift from the store!

Travelling through Taiwan, it’s more than evident that food is serious business here. Besides braised beef noodles that many consider to be its national dish, there are many others that entice you with their smells, flavours and textures. And this is best experienced in its night markets where you’re sure to be spoilt for choice. As our friend Jefferson tells us, “We Taiwanese love snacking and after a good day’s work, you’ll find not just youngsters but also executives out to enjoy the varieties on offer.”

A walk through these bustling bazaars lets you explore local life and food, like the food adventurists among us who debated over trying out ‘snake-snacks’ or turtle blood or even some coffin bread! They settled instead for oyster noodles, egg omelettes, pepper meat buns and squid stew that seemed to be quite a rage. The vegetarians had options too like sweet potato fries, corn on the cob, pancakes and yes, the stinky tofu, so named because it is fermented. However, it takes a while to get used to its strong flavours and taste.

And when some of us had cravings for rajma chawal and paneer tikka, we stopped by at desi eateries called Mayur one day and Chillies on another that offer both North and South Indian food. After enticing the West, curry is being looked at with interest in Taiwan too. Sure enough, what more can one ask for we smile dunking some flaky soft naan into a spicy chole preparation…