Super Ling May Have Closed, but Its Legacy Lives on Through The Instantly Iconic Mapo Tofu Jaffle 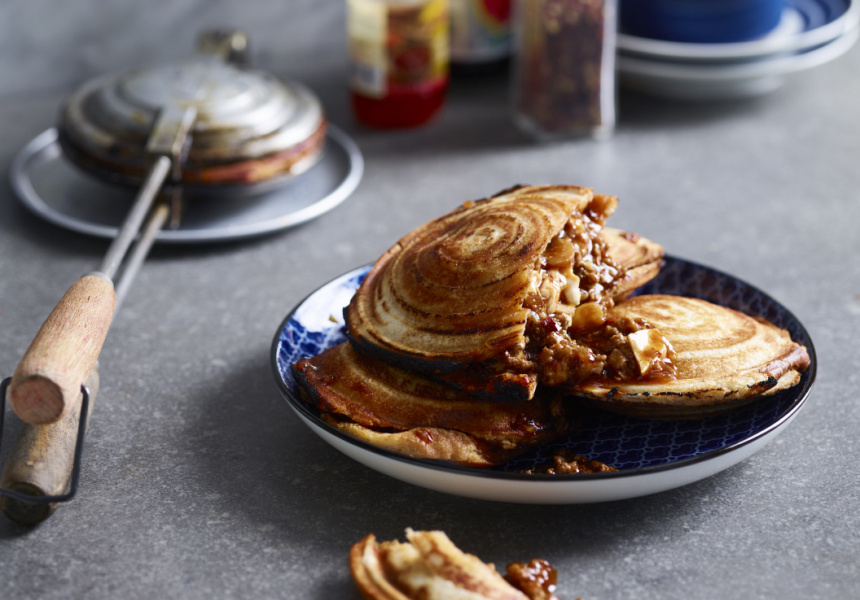 After nearly three years, Carlton favourite Super Ling closed its doors last May. But it’s legacy lives on through one of its most popular creations.

The two met at MoVida around 2010, where Ling was then working as general manager. They stayed in touch through their own respective careers until one day, at the suggestion of a friend, Li approached Ling with a proposition to start their own restaurant.

Within a week, Ling had secured them the Super Ling site.

“The Chinese community [in Mauritius] was kind of big back in the day, with lots of influence from Cantonese and Hakka style,” says Li. “The Hakka community just keeps travelling and growing and tweaking things to their liking, so I kind of did the same thing.”

In its brief but impressive lifetime, Super Ling was acclaimed for dishes including hakien (Mauritian spring rolls) with pork and barramundi and Xinjiang spiced lamb flatbreads and handmade noodles with Chinese-Mauritian toppings such as black bean beef or fragrant eggplant.

Li wasn’t planning to include jaffles on the menu, but was inspired after seeing the bolognese rendition that chef James Viles served at his Biota Dining pop-up in Sydney. So he created his own take using a tofu technique he learned from his stint at Le Ho Fook, a mapo recipe that combined several elements from different recipes he liked on the internet, and a jaffle iron picked up from a camping store.

“I thought I would just switch the flavour to Chinese flavour and then put it out there and see what happens,” says Li.

Within months, the jaffle’s popularity grew to a point where virtually every table that dined at the restaurant would order one, minimum.

“I was not expecting [that]… because it’s just so simple,” says Li.

But something about the oil-slicked Sichuan stew juxtaposed with an iconic Aussie snack resonated with Melbourne diners. The dish would sell out so quickly Li could barely keep up with demand. He reckons he prepared about 10,000 of them during the time the restaurant was open.

These days, Li is taking a break from jaffle-flipping – instead spending his time cycling around Victoria. He’s unsure whether he’ll ever bring the mapo tofu jaffle back, but its legacy lives on in Broadsheet’s new cookbook Home Made, where Li has shared his beloved recipe, and in the memories of the lucky diners who got to try it.