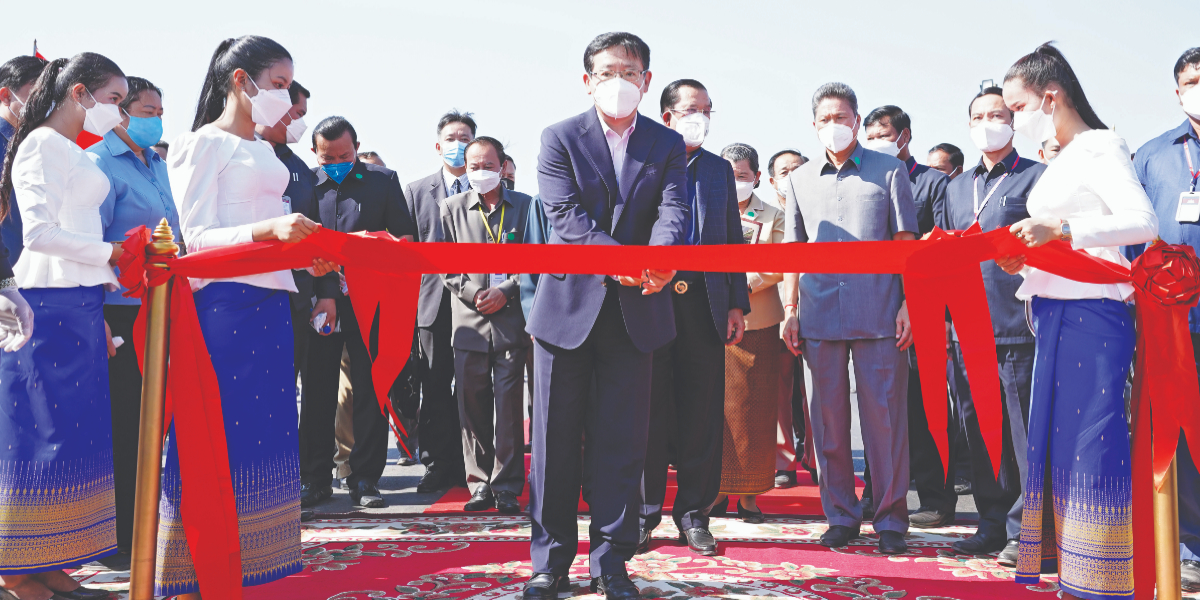 Linking Kratie provincial town and Sambour district in northeast Cambodia, the China-funded 93.5-km-long stretch of National Road No. 7 has brought closer contact between rural and urban dwellers and facilitated goods transport in the province.

“This road was previously devastated by floods and travel was very difficult,” Phong Lida, a 27-year-old resident in Kratie provincial town, told Xinhua.

She said in the past, it took up to seven hours to go from Sambour district to Kratie provincial town by car or motorbike, but now, the newly rebuilt road cut the travel time to only a few hours.

“This road has brought rural residents in closer contact with urban people,” Lida said. “This Chinese-funded road really helps to facilitate travel and transport of goods and agricultural products such as rice, bananas, mangoes and vegetables from farms to Kratie provincial town.”

She said the road has helped save both time and money. Long Chamroeun, a 71-year-old chief of Orussey II village in Kratie provincial town, said a Khmer proverb goes,’There is road, there is hope.’

China has helped build this road and it will bring new hope for residents along the road and people in Kratie province in general, said the senior villager.

“I’m really grateful to China for having provided a great deal of assistance to Cambodia for its development in all fields, especially in infrastructure construction,” he told Xinhua. “This road has not only linked the residents in rural and urban areas, but also connected the hearts of the peoples of Cambodia and China.”

The stretch of National Road No. 7 was built by the Shanghai Construction Group under a grant aid from the Chinese government, and it took 24 months to be completed.

Speaking at the inauguration ceremony of the road on Monday, Cambodian Prime Minister Samdech Techo Hun Sen said the construction had been made after the road was destroyed by floods in past years and that the road would greatly improve the livelihoods of local people.

“China’s grant aid for the repair of this road has importantly contributed to connectivity in Cambodia’s northeastern region,” he said. “Covid-19 has disrupted the construction but cannot stop our development.”

According to the prime minister, the northeastern region is expected to become the country’s fourth economic pole after three other economic powerhouses, Phnom Penh as the capital city, Preah Sihanouk as the costal province, and Siem Reap as the cultural province.

Chinese Ambassador to Cambodia Wang Wentian is confident that the road will play an important role in reducing poverty in the northeastern region of Cambodia effectively.

“It is a new testament to the development of China-Cambodia friendship and the community with a shared future between China and Cambodia,” he said at the event. “China is very pleased to assist Cambodia in its socio-economic development and to further deepen the ironclad friendship with Cambodia.”