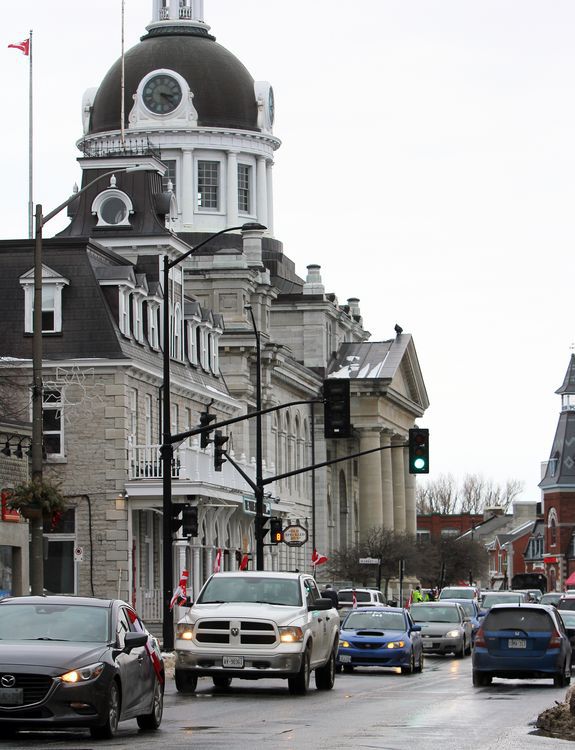 Another slow-roll “Freedom Convoy” made its way through Kingston on Monday afternoon.

Participants met at the Highway 38 and Highway 401 carpool parking lot and travelled as a group to Highway 15. They then headed south toward Highway 2.

Sgt. Steve Koopman said Kingston Police were aware of the public assembly, but at that point it was just that. He said they were causing minimal impact to traffic and were not blocking any public infrastructure.

He did not wish to disclose their location or direction of travel to avoid confrontation.

The convoy, moving at the same speed as regular traffic but repeatedly honking their horns, reached the front of City Hall at about 2 p.m. and continued along Ontario Street. There were no counter-protesters to be seen at about 3:30 p.m., just many families walking in the area.

In front of City Hall, a line of about eight Kingston Police vehicles were parallel parked, watching the convoy drive past.