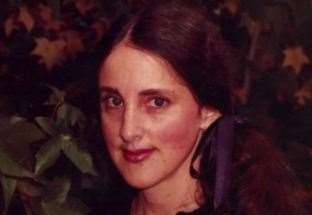 A ‘secret lover’ of a missing Australian teacher who had been travelling around Kent before she disappeared was questioned by police last year, an inquest heard.

Marion Barter vanished after travelling around Tonbridge and Tunbridge Wells in 1997.

Before she went missing, Ms Barter changed her name to Florabella Natalia Marion Remakel and around $300,000 (£167,794) was siphoned from her bank account.

But this week, an inquest into her disappearance held in Ms Barter’s home country heard how she’d had a relationship with married photographer and Belgian national Ric Blum.

Mr Blum carries many other aliases, including Frederic de Hedervary, Rick West, Fernand Remakel and Willy Wouters, and was questioned by New South Wales police last year over the disappearance of Ms Barter.

He and his partner Diane de Hedervary were set to appear at the inquest on Monday, but the court heard only from Mrs de Hedervary.

She was asked about what Mr Blum told her after she was questioned by police, explaining he said he and Ms Barter had “got together”.

Mrs de Hedervary detailed how her husband told her he had known Ms Barter in the 60s before “reacquainting” himself with her in the late 90s, which he described as “wrong” because he was married.

Mr Blum did not appear on screen at the public hearing.

In June last year, a reward of $250,000 for information which leads to the arrest and conviction of any person or persons responsible for Ms Barter’s suspicious disappearance was announced.

In the weeks leading up to her disappearance, Marion was also observed by a family member leaving a service station in Ferry Road, Southport, in a red Honda Civic Breeze with a tall male passenger in the vehicle.

“Marion’s behaviour before disappearing was out of character…”

Inquiries at the time revealed that Marion left Australia for the UK on Sunday, June 22, 1997, under the name Florabella Natalia Marion Remakel, which she had officially changed the month before leaving the country.

Her outgoing passenger card stated that she was divorced and intended to reside in Luxembourg.

On Saturday, August 2, the same year, investigators believe Marion may have re-entered Australia under the name of Florabella Remakel with an incoming passenger card stating she was married and resided in Luxembourg.

Inquiries also revealed that following her disappearance, an unknown person appears to have accessed a bank account belonging to Marion.

While in Kent, it is understood she visited Tonbridge Castle.

Journalists who had been following the case said postcards she sent home from Tonbridge could hold vital clues.

Speaking in 2019, Marion’s daughter Sally Leydon told KentOnline’s sister publication the Kent Messenger: “She stayed in a hotel there. She said she was having tea with some little old ladies.

“The last time I spoke to her on the phone she was in Tunbridge Wells and having a lovely time exploring.”

Minister for Police and Emergency Services, David Elliott, said Marion’s case had left her family and friends with many unanswered questions.

“For 24 years, family and friends of Marion have lived without any understanding of why she disappeared so abruptly,” Mr Elliott said.

“Marion’s daughter, Sally, has never given up her quest for the truth. The NSW Government hopes this reward will encourage anyone with information, particularly in the timeframe that police believe Marion returned to Australia, to come forward and speak to detectives.”

Homicide Squad Commander, Detective Superintendent Danny Doherty, said strike force detectives had re-examined items from the original investigation, with the hope that the appeal and inquest would encourage people to speak up.

“Marion’s behaviour leading up to June 1997 and following her departure from Australia has been described as out of character,” Det Supt Doherty said.

“We are particularly eager to hear from anyone who may have had any interaction with Marion Barter or Florabella Remakel from June 1997 onwards, particularly in late July or early August 1997.

“We are trying to piece together some of the missing links in Marion’s movements and her close connections to create a full picture of exactly what has happened.”

Anyone with information is urged to contact the Australian version of Crime Stoppers by clicking here.