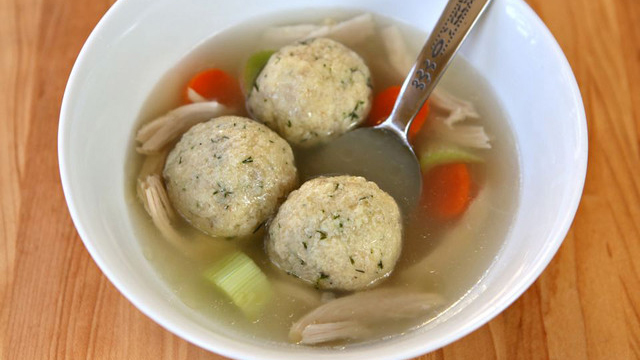 Food blogger Tori Avey shares the cultural background of Ashkenazi and Sephardic Jewish cuisine, as well as a few recipes ideas for a Passover Seder menu that Jews from both groups can enjoy.

Passover is one of the most important Jewish holidays, and food plays an important, symbolic role in the celebration. When creating a Passover Seder menu, I find it fun to look back at the origins of the holiday foods we enjoy—in particular, where in the world the foods come from. The term “Jewish cuisine” covers a very broad range of foods from all over the world. That’s because Jews have settled in many different countries throughout history. There are two major Jewish groups that split off into two different parts of the world during the Middle Ages. Jews who landed in Europe, in places like Germany, Poland, and Russia, are called Ashkenazi Jews. Jews who went to Mediterranean places like Spain, Portugal, Africa and the Far East became known as Sephardic Jews. Most American Jews today are of Ashkenazi descent, though there are many Sephardic Jews as well.

Ashkenazi and Sephardic Jews have the same religious beliefs, but their cooking styles are vastly different. Ashkenazi foods are more familiar to American cooks (bagels, gefilte fish), while Sephardic foods tend to be more exotic in terms of flavor (hummus, baba ghanoush). Why the difference? It basically boils down to the weather. Ashkenazi food is reflective of the colder regions where Ashkenazi Jews settled (Eastern Europe, Hungary, Russia). To survive a Russian or Polish winter, one needed heavy, rib-sticking cuisine—foods like potatoes, noodles, meat, smoked fish, preserved and pickled foods. Sephardic Jews settled in warmer areas of the Mediterranean (Morocco, Italy, France). Due to the sunny climate, they had access to fresh vegetables, fish, fruits, spices and olive oil. Because of this, Sephardic cuisine tends to be lighter, healthier, and more colorful.

The difference between Sephardic and Ashkenazi cuisine is even more pronounced during Passover, when the kosher food laws become more challenging. While both groups prohibit chametz (leavened grain products) during the holiday, there is a separate category of foods called kitniyot that is dealt with differently by both traditions. While Ashkenazi Jews ban kitniyot from the Passover table, Sephardic Jews do not. Kitniyot items include rice, corn, millet, dried beans and lentils, peas, green beans, soybeans, peanuts, sesame seeds, poppy seeds, and mustard.

While you won’t generally see kitniyot dishes at an Ashkenazi Seder, they are quite common at Sephardic Seders. My family eats in a style that I like to call “Ashkephardic”– we enjoy foods from both traditions. That means we’re a lot less strict about kitniyot at Passover. Many families, however, do not allow kitniyot at all during the holiday. That doesn’t mean Sephardic flavors are banned from Ashkenazi Seders—it just means you have to be a little more careful about which recipes and ingredients you choose.

I’ve put together a menu of Passover recipes that will help you bring an exotic Sephardic flair to your Seder, while also respecting the Ashkenazi ban on kitniyot. By combining traditional Passover ideas with healthy, Middle Eastern-style dishes, you can bring some exciting color and spice to your Seder table.

Get these Passover recipes

Tori Avey is the food blogger behind the popular blog, “The Shiksa in the Kitchen.” A culinary anthropologist and convert to Judaism, her blog explores the history of Jewish cuisine and other historical culinary topics. Tori has a considerable following on Facebook and Twitter, and she also contributes recipes to Zabars, the landmark New York City gourmet market.