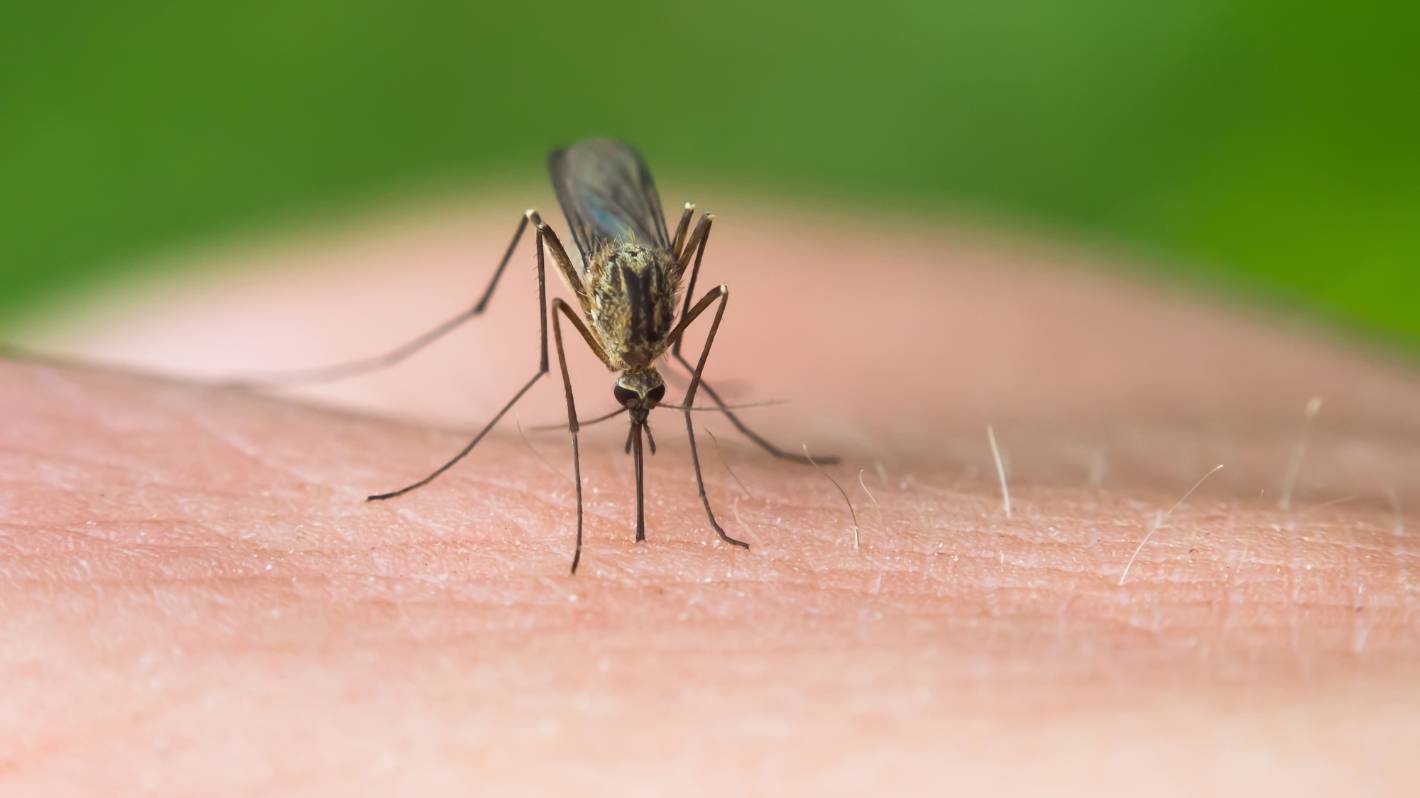 Never expect things to go to plan when travelling. Lost luggage, missed flights, injuries and terrible illnesses – these all make up the joy of travelling because they result in a great yarn for the folks back home.

And the Stuff Travel team has had their fair share of mishaps while on the road – fortunately we have all lived to tell the tale, right here.

There I was at a cocktail party at the New Zealand Ambassador’s apartment in Jakarta, Indonesia, trying to feign interest in the conversation while furiously scratching away at my leg under the table.

I was on a reporting trip throughout Southeast Asia, meeting with diplomats and entrepreneurs. It was a dream gig for a young journalist, but at that moment, stories were the last thing on my mind – all I could think about was the mother of all mosquito bites on my ankle.

READ MORE:
* Planning your holiday destination during Covid-19: If you could be anywhere in the world, where would you be?
* The best international food experiences, according to travel experts
* The best expert travel hacks for 2022

The next morning, my lower leg resembled a saveloy, all red, hot and swollen. A fellow reporter gasped at the sight of it, and Facetimed her mum, who was helpfully a nurse. “Looks like cellulitis.”

The hotel phoned a doctor, who confirmed the diagnosis. Apparently bacteria had gotten into the broken skin, and caused the infection. Luckily, a course of antibiotics would sort me out, but if I had left it too much longer, I could have been at risk of blood poisoning.

I’m now as wary of bitey bugs on my travels as some people are of sharks and snakes. They might be little, but they can cause some big problems.

Hunger is an emergency

Jet-lagged and starving on my first night in San Francisco, I decided to order takeaways from my hotel room. I needed to dial 1 to get out, except I couldn’t get the order of the numbers right. Did I need to add the country and area code first? I tried multiple combinations of 1, 9 and 1, then finally the phone rang. But it was not the pizza place that picked up.

Being my first night in the US, I hadn’t registered 911 as the emergency line. I apologised profusely for the mix-up and explained I was simply trying to order takeaways. But in the US, a ‘mistake’ call to the police can be code for ‘send help’.

“Okay m’am just wait where you are, we’re gonna send someone out.”

The operator wouldn’t believe that it was a mistake call. I sheepishly went down to the lobby to explain why the cops were on their way. Soon, the sirens and lights were flashing outside the hotel and a fully armed officer walks in. Again, I shamefully tried to explain the situation, fearing I would be charged with wasting police resources.

“Oh you’re just hungry?” he asked. “Well this IS an emergency! What do you want, pizza, pasta? There’s great fried chicken down the road, someone get her some food, stat!”

I was so relieved the officer took it in good faith. As it turns out, I was not the first – and undoubtedly not the last – tourist to accidentally dial the police from a hotel room. Hunger is an emergency, after all.

I’d over optimistically imagined I’d be a kind of Kiwi Lara Croft – wading through white water, sliding down rockfaces and hurling myself over waterfalls through a natural local version of the Tomb Raider star’s Cambodian ruins.

An adventure activity virgin, I was apprehensive as our group made its way towards a hidden canyon in Abel Tasman National Park, but I told myself I’d be fine if I followed Nike’s advice and just did it. Overthinking things is often the source of much of my strife.

Reaching the first ledge of the canyon, our guide described how we’d abseil down the rockface until we were about a metre above the pool below, at which point, he’d release the ropes on our harnesses and we’d fall back into it. It sounded simple enough, and it was – for the guys.

I, on the other hand, made the fatal mistake of extending my arms at right angles as I hit the water, dislocating a shoulder in the process. Cue the poor guide having to carry me back out of the canyon and call a rescue helicopter. I did feel a bit like an action heroine as I was winched up into the chopper, but the pain was so overwhelming I couldn’t really appreciate it.

The pain vanished pretty much the second the doctor cracked my shoulder back into place, although it was a few months before I regained my full range of motion. And three years later, I still can’t do triangle pose in yoga without my shoulder slipping partially out of place. Still, I’m determined to complete that canyoning tour one day. It looks incredible, and the reviews are amazing. I’m just waiting to (re)summon the courage.

Just like the three bears, I have a history of finding unwelcome strangers asleep in my bed. After incidents in both Amsterdam and Rome, I thought it must have been a free and easy European thing for travellers to snooze wherever they please. And then, at a hostel in Dunedin, it happened again.

I’ve tried spreading out belongings to claim my patch and ward off bunk thieves. Undies on the pillow didn’t even work. Waking up the culprit hasn’t turned out well either. Here, approaching midnight in an uninsulated dorm in the middle of Otago winter, I wasn’t prepared to disturb the peace.

In a last-ditch effort to avoid hypothermia the only reasonable option was to rip down the curtain of the common room for warmth. The musty length of fabric provided little comfort as bedding as I curled up on the couch. The manager obviously wasn’t very pleased about the remodel in the morning. I too had woken up on the wrong side of the bed.

I never expected to audition for The Amazing Race, but here I was in Italy being driven on a deserted motorway at more than 150kmh by a taxi driver who thought he was Michael Schumacher.

It started because of some “creative” advertising by Ryanair. My partner and I were heading to Rimini on the Adriatic coast but the flight landed us at an airport 60km away. It was after midnight and there was absolutely no-one around. Nada, zilch. No taxis, no buses and no Ryanair reps. Cue that audition for The Amazing Race. We were basically running around a deserted Italian town, competing with 150 other passengers, to try and find a taxi, or any car for that matter, to the train station.

Thirty minutes later we found one. “Go, go, go,” we said to the taxi driver. The race was on to catch the last train to Rimini, a race we eventually lost by a couple of minutes.

With no other option we tracked down our taxi driver again before he was poached by other exasperated passengers. “How much to get us to Rimini?” we asked. Honestly I can’t remember the cost, I didn’t care, we were finally on our way to our hotel. I was half expecting Phil Keoghan to greet us there.

I consider it my lowest moment. And a warning, what you’re about to read isn’t for those who have a weak stomach.

It’s 2018 in a remote part of northern Sri Lanka. The first two days of exploring were exceptional; we saw a school of 1000 dolphins, swam on empty beaches, and ate great food. But, the next day, something went very wrong – possibly because of a dodgy mosquito bite or contaminated water.

I developed a 40-degree fever and explosive diarrhoea.

Things got worse. I was rolled up in blankets like a human hot dog on a sweltering tropical day, running a 40-degree temperature and shivering like crazy. I was also wildly hallucinating – my arms were moving like a bird, and the next moment, I was flying.

A few moments later, my thoughts were jolted back to reality. Houston, we have a problem. Despite feeling next to death, I rushed to the bathroom.

I won’t go into details, but it was not pretty. I burst into a second of laughter, then wept like someone had died. Rest in peace, dear old dignity.