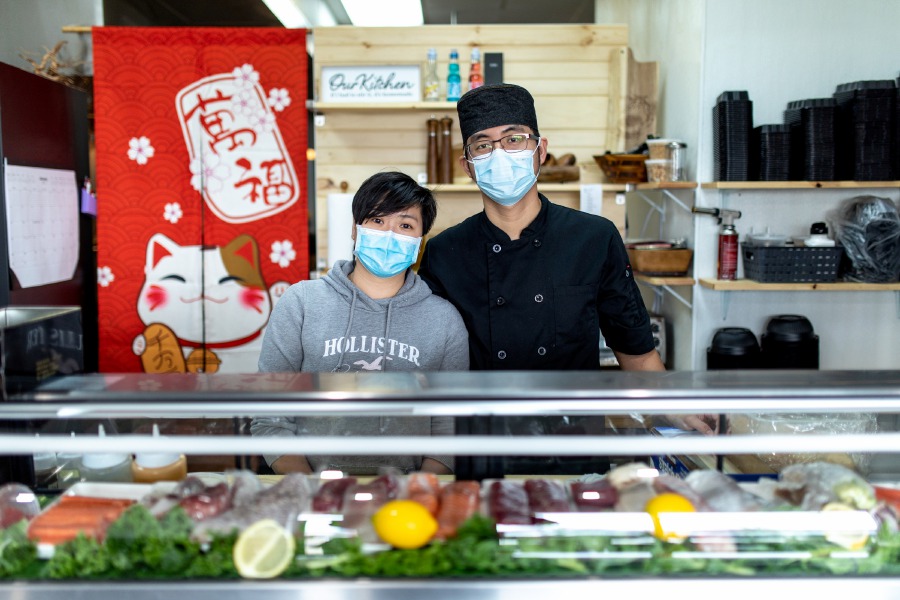 SOUTHINGTON — Serving a fusion of traditional and contemporary sushi dishes, a chef with 10 years’ experience crafting Japanese food has located his first restaurant on Queen Street.

Gohan Japanese Cuisine, 405 Queen St., opened on Tuesday, with owner Will Cheng saying his vision is to provide high quality Japanese food at an approachable price. The restaurant is open Tuesdays through Sundays from 11 to 3 p.m. for lunch and 4 through 9 p.m. for dinner.

To bring in more of a traditional approach to sushi, Cheng uses a wider variety in the type and cut of fish he incorporates, as well as higher quality vegetables and rice. Much of that carries over to the chirashi bowls he makes, which are distinct from Hawaiian-style poke bowls in the number of ingredients and the use of stickier sushi rice rather than basmati rice. He also serves rolls, katsu, fried rice and tempura, with most of the dishes on the menu priced between $10 and $15.

“The whole idea of the chirashi bowl is from traditional Japanese cuisine,” he said. “ … It’s very good to try, the layers of the food come out at different times.”

Rachel Lin, Cheng’s wife, said they’re getting started with a “soft” opening for the first few weeks and will start doing advertising and possibly a grand opening in a few weeks, once they’ve had time to get used to the space and perfect everything. Despite having just been open four days, she said some of their customers have already been coming back in and one told them that the quality of their food matches the high end omakase sushi restaurants in New York City.

Cheng said sushi may seem easy to make to the layperson, but it’s a lot more than just cutting up fish and putting all the ingredients together. Over his 10 years as a chef specializing in the dish, he said he’s learned how to properly marinate and age the fish and to not underestimate how important the selection and cooking of the rice can be. The restaurant’s name comes from the Japanese word for rice.

He had been keeping an eye out for a spot to open his own restaurant for around two years before he saw a for rent sign in the window where Asian Taste had previously been located, in a plaza that is also home to Nardelli’s sandwich shop, Fancy Bagels and The Fresh Monkee. He wanted to find a location with good traffic passing by and a smaller footprint to allow him to start out small and focus on quality.

Opening during the pandemic came with its positives and negatives, though. While there’s less competition around due to the number of restaurants which have closed, he enjoys having his customers dining in the restaurant where they can enjoy the dishes straight out of the kitchen and presented on plates with some flair. The restaurant offers both in-person dining and takeout.

The town’s Economic Development Coordinator Lou Perillo said Queen Street is in high demand for both small, locally owned restaurants like Gohan and national franchises. The diversity of the town’s restaurants and entertainment options have made it a destination for visitors from across the state and further, giving the local dining industry resiliency through the pandemic.

“Queen Street’s been doing quite well. … It’s still in high demand, it’s been proven for over six decades now,” he said, adding that vacancies have filled especially quickly in that area.

That demand is now overflowing to other areas of town as well. Perillo said the town is working with multiple businesses doing site searches which are looking at West Street, where they’re trying to emulate Queen Street’s success in a way that avoids congestion.

“We’re very excited about our future because West Street can be a planned corridor, whereas Queen Street developed on a plot by plot basis,” he said.