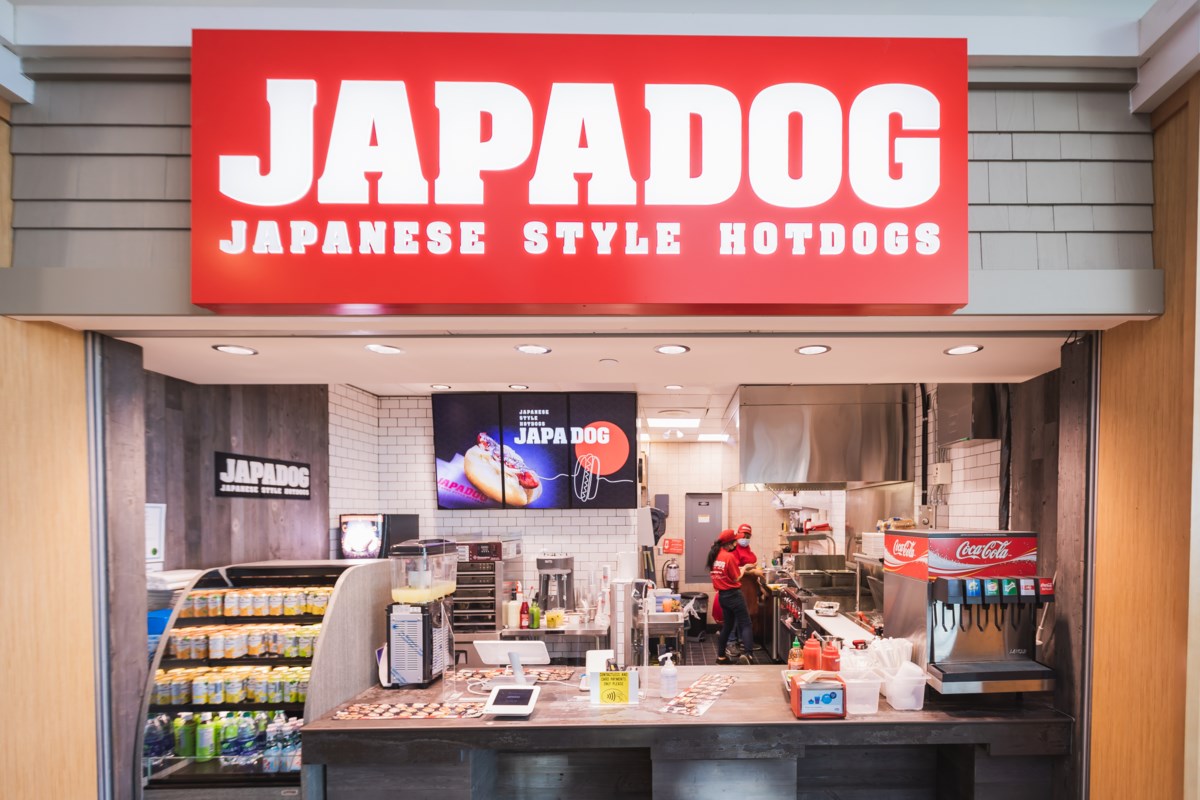 A Metro Vancouver staple is coming to Vancouver International Airport.

Japadog announced on Instagram that it is opening a new location in YVR’s domestic terminal food court, before the security gate.

“After the long-awaited and much-anticipated three years, and nearly giving up the project many times, our unit will be finally ready for the new start,” said Japadog.

“We remember where our journey first began, from a small food cart operating on the sidewalk of Vancouver downtown, and now it’s our dream-come-true and such a privilege to open our own restaurant at the airport.”

Japadog, which also has a food cart on No. 3 Road and Westminster Highway, serves several Japanese-style hotdogs with a variety of toppings, such as freshly grated radish, yakisoba noodles, shrimp tempura and croquette (fried mashed potato).

“Japadog is another great addition to the airport. This legendary local street-food vendor had a curbside location at YVR for many years, but now they have a permanent home inside our domestic departures terminal, pre-security food hall where passengers, employees and our community can enjoy their iconic offering,” Rusu said in a statement.

The grand opening day of the new YVR restaurant location is expected in the second week of March, according to Japadog on Instagram, and will include “special fanfare” and free hotdogs for the first 300 guests.

Japadog said guests will also find morning menus “only at this new location.”