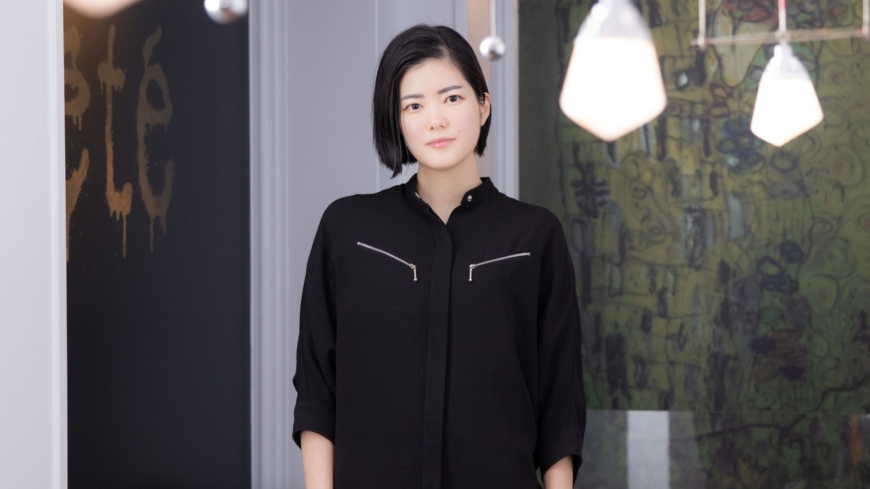 It’s easy to understand why. At her hyper-exclusive six-seater restaurant, Été, Shoji transcends the world of fine-dining, creating elaborate 10-course meals that draw inspiration from the worlds of fashion and art.

“I am so excited to win this award. I don’t usually use the word ‘dream,’ but this has been one of my dreams as a chef,” Shoji tells The Japan Times. “I hope this award will highlight the barriers female chefs face in Asia, and I am incredibly thankful to everyone who has supported me.”

Shoji becomes the first Japanese chef to win the award since it debuted in 2013. She began her career at the modern-French restaurant Florilege, which has two Michelin stars and currently sits at No. 7 on the Asia’s 50 Best Restaurants list. There she apprenticed beneath owner-chef Hiroyasu Kawate and was made sous-chef in just three years.

Her first solo venture, launched in 2014, was not a restaurant but a modest tart shop in the backstreets of Shibuya, where she sold elegant cakes that were modeled after haute couture prints and delivered in what looked like jewelry boxes.

“I was only 24 years old when I started and as a young, female chef, it was nearly impossible to get any kind of financial backing,” says Shoji. “And no one older than me wanted to work for me, so I went back to my school and hired students straight after graduation.”

Though beset by challenges, that establishment was the first iteration of Été, where she developed a line of signature cakes that paid homage to fashion houses and designer handbags, including a strawberry-topped sponge inspired by Louis Vuitton’s Damier print. Adorned with seasonal combinations of chestnuts, mangoes and peaches, her creations received widespread acclaim, and culminated with Shoji being awarded the title of Asia’s Best Pastry Chef in 2020.

In 2015, Shoji transformed Été the tart shop into Été the restaurant, with just two sittings a day at a single table that can accommodate a maximum of six diners. To get a booking is fiendishly difficult. Initially admission was invite-only, visited by the likes of David Beckham and fellow chef Rene Redzepi. Bookings are now open to all, but with such limited capacity, that lone table is in high demand.

If you are lucky enough to secure a reservation, then you’re in for a treat. Shoji’s signature dishes include a salted tart topped with Hokkaido uni (sea urchin) and mimolette cheese, tilefish paired with a white asparagus soup and kegani crab meat, as well as Akagyu beef with a truffle sauce and bone broth jus. The menu evolves with the season and with Shoji’s interests; her recent popup restaurant in Abu Dhabi means that the spring menu will likely incorporate influences from the Middle East.

With this new award, expansion might seem like the obvious next step, but despite the demand, the celebrity guests and the acclaim, Shoji says she has no immediate plans to move to a larger venue.

“One of the reasons I keep things so small is so that I can show others that it’s possible to open a restaurant even with very few resources,” she says. “I want to prove that business model.”

And for the recently anointed best female chef in Asia, the proof is quite literally in the pudding, the elaborate desserts that underpin her menu to this day. Shoji believes the award demonstrates that even with no backing, and little in the way of support, if you are able to create a masterpiece — be it food, art or music — you will be recognized for your work.

“I am often asked whether there are any female chefs I look up to in Japan, but there are hardly any women who own their own restaurants here,” she says. “There are so many hurdles for women to overcome.

“With this award, I hope to become a role model to other young, female chefs like myself, to show them the path and inspire the next generation.”