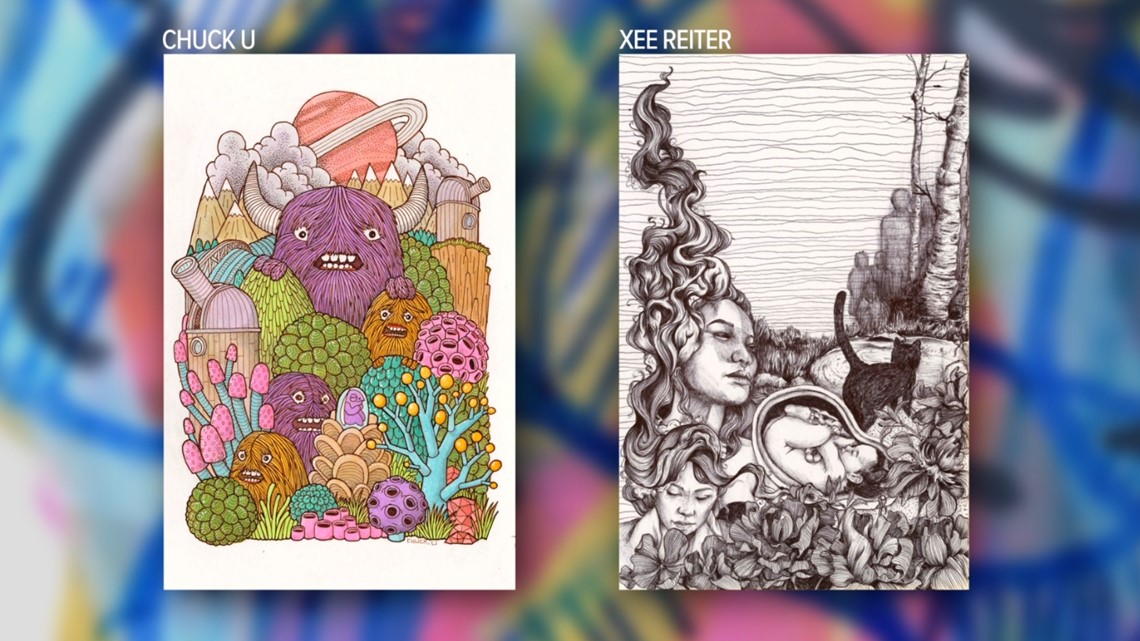 The idea started in 2020 by MPLSART.com as a way to get artists to continue creating because there were no exhibitions happening. There are 70 artists featured.

MINNEAPOLIS — It was another tough year for Twin Cities artists in 2021, so some travelling sketchbooks are now just about ready to be seen in hopes of helping them out a little.

The idea started in 2020 by MPLSART.com as a way to get artists to continue creating because there were no exhibitions happening. MPLSART.com co-owner Blaine Garrett said he originally began passing the sketchbook around in a backyard gathering during the pandemic.

“It really helped us get artists to get back to making artwork. A lot of them have not been during the pandemic, and getting them focused on their work,” Garrett said.

This is the second iteration of the Sketchbook Project.

“Some people just, it was sort of them expressing themselves during this time that they had no other outlet, you know, and so a couple of the artists are anonymous for example. Just they’re speaking their peace, sending it out into the world,” Garrett said.

MPLSART.com is launching a Kickstarter to get the sketchbooks made into printed books that people can buy, with the proceeds going to the artists. The presale starts on Mar. 1.

Garrett said the books will cost $55 the first week, and $65 after that with a goal of raising $13,000. After costs, the proceeds will be divided among the artists.

You will also be able to see the sketchbooks in person at Gamut Gallery. The exhibition opens Mar. 18.

Watch the latest coverage from the KARE11 Sunrise in our YouTube playlist: