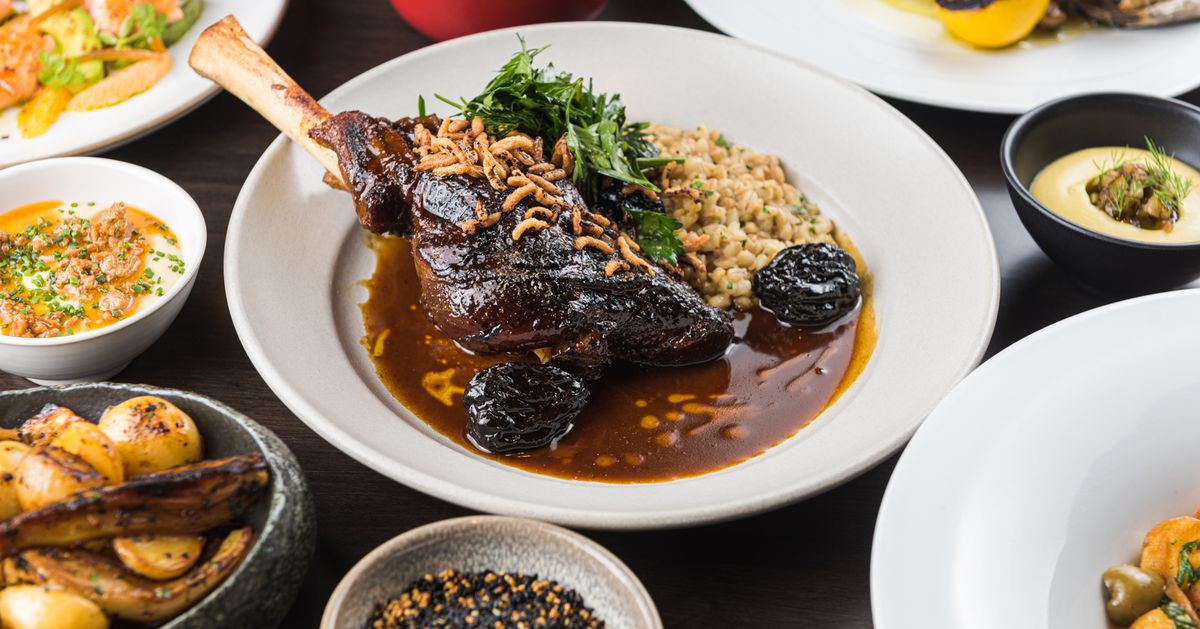 Mourad Lahlou, the San Francisco chef behind Michelin-starred Moroccan restaurant Mourad and the more-casual neighborhood restaurant Aziza, will open a new restaurant in wine country, the San Francisco Chronicle reports. Called Moro Napa, the new restaurant focuses on street food and will slide into the former C Casa space inside Napa food hall the Oxbow Public Market. Lahlou tells the Chronicle that he’s still working on the menu, but that he’s taking inspiration from a popular night market he used to frequent in Marrakech; expect grilled meats, flatbreads, salads, wraps, and spreads.

Chef Jorge Velazquez, who was formerly a butcher at chef Christopher Kostow’s Charter Oak, will be running the kitchen with Lahlou — and Kostow will have his own presence at the market soon enough. In August 2021, the chef, who was accused of fostering a toxic workplace at his three-Michelin-star restaurant (before it burned to the ground in a wildfire in 2020), announced plans to open a fast-casual Jewish deli called Loveski, also at Oxbow. [San Francisco Chronicle]

Marlowe will finally reopen on February 3

Remember back in July 2021 when Big Night Restaurant Group’s Anna Weinberg was grappling with getting millions of dollars of grant money rescinded? At the time she speculated her SoMa bistro Marlowe would be the first of her restaurants to reopen — well, now a full six months later, it’s finally happening. Per a post on Instagram, reservations are open now on Tock for dinner Wednesday through Thursday.

Top Chef star Nelson German’s alaMar Kitchen & Bar in Oakland is also bringing back indoor dining as of Friday, January 28. That means once again cracking into the restaurant’s popular Asian-Cajun seafood boils either in the dining room or on the outdoor patio.

Oakland Chinatown businesses switch to credit due to crime

ABC7 reports that some businesses in Oakland’s Chinatown have been pushed to begin accepting credit and debit cards due to the “surge in attacks against Asian Americans in recent years.” The idea is that carrying less cash will make customers feel more comfortable venturing into the neighborhood. The owner of Big Dish Restaurant told the news station that he’s seen sales increase since abandoning the cash-only policy. [ABC7]

Northern California is getting its first location of Champion’s Curry, a Japanese curry chain with locations in Los Angeles’s Little Tokyo, Irvine, and Long Beach (reopening soon). The restaurant specializes in “Kanazawa curry,” an extra-rich version of the dish created by chef Yoshikazu Tanaka. More details to come.