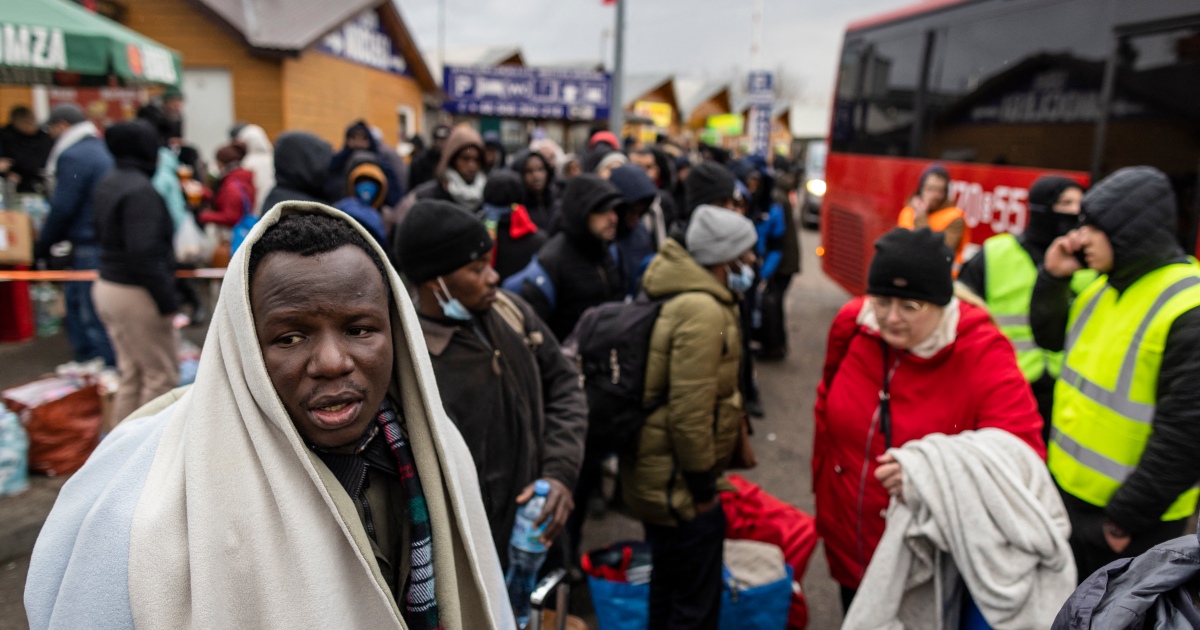 Barlaney Mufaro Gurure, a space engineering student from Zimbabwe, had finally reached the front of a nine-hour queue at Ukraine’s western border crossing of Krakovets after an exhausting four-day trip.

It was her turn to cross. But the border guard pushed her and four other African students she was travelling with aside, giving priority to Ukrainians. It took hours, and relentless demands, before they were also allowed to go through border control.

“We felt treated like animals,” the 19-year-old said in a phone interview from a Warsaw hotel. Gurure, a freshman at the National Aviation University, fled Kyiv hours after Russian President Vladimir Putin ordered troops into Ukraine on February 24.

“When we left [Kyiv] we were just trying to survive,” she said. “We never thought that they would have treated us like that […] I thought we were all equal, that we were trying to stand together,” Gurure added.

Her story is not isolated as scores of Africans have reported episodes of abuse and discrimination while trying to cross into Ukraine’s neighbours.

Since the war started, at least 677,000 refugees have fled from Ukraine to neighbouring countries, the United Nations said. Half of those are currently in Poland. Queues along the border are now tens of kilometres long with some African students saying they have been waiting for days to cross amid freezing temperatures and with no food, blankets or shelters. 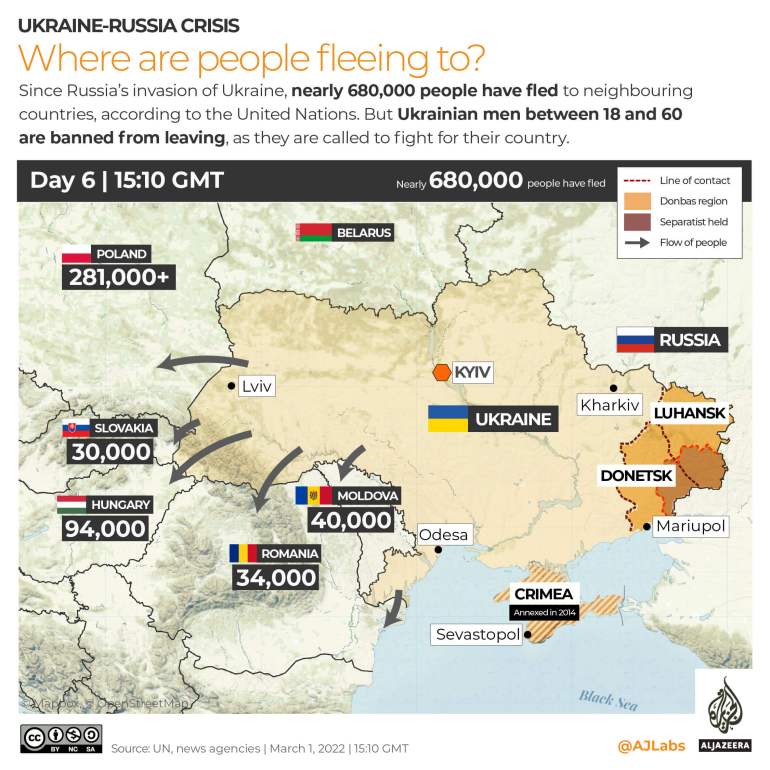 Claire Moor, another Black student, was pushed down as she tried to board a train at Lviv’s train station. The guard insisted that only women could take the train. The officer looked away, Moor said, as she pointed out that she was, indeed, a woman. “I was shocked because I did not know the extent of the racism,” she added.

Jan Moss, a volunteer with the Polish aid organisation, Grupa Zagranica, who has been providing assistance at the Polish-Ukrainian border, said while refugees have been welcomed at many crossings out of Ukraine without any form of discrimination, the reception near Medyka has been more problematic as refugees were being organised based on “racial profiling”.

“Ukrainians and Polish nationals are allowed to pass through the much quicker vehicles’ lane, while foreigners have to go through the pedestrian one, a three-stage process that can last from 14 to 50 hours, Moss said.

Al Jazeera contacted Ukraine’s Border Guard Service via email over the allegations of segregation at the borders, but had not received a response before publication of this report.

In the last 20 years, Ukraine has emerged as a choice destination for African students, especially in medicine-related fields as it is cheaper compared with universities in the United States and elsewhere in Europe.

Videos and tweets under the hashtag #AfricansinUkraine have flooded social media, triggering numerous crowdfunding initiatives on Telegram and Instagram to support students at the borders and put pressure on respective governments.

The African Union reacted to the outcry on Monday: “Reports that Africans are singled out for unacceptable dissimilar treatment would be shockingly racist and in breach of international law,” it said in a statement. A spokesperson from South Africa’s foreign ministry said on Sunday that a group of its nationals and other Africans were being “treated badly” at the Polish-Ukrainian border.

The Nigerian government also expressed concerns over reports of discriminatory behaviour, including a video widely shared on social media showing a Nigerian woman with her young baby being forcibly made to give up her seat to another person. It also said that a group of Nigerians had been refused entry into Poland – an allegation dismissed by Poland’s ambassador to Nigeria.

But some foreigners said they received a warm welcome in neighbouring countries, such as Moldova and Romania, including a relatively smooth transit.