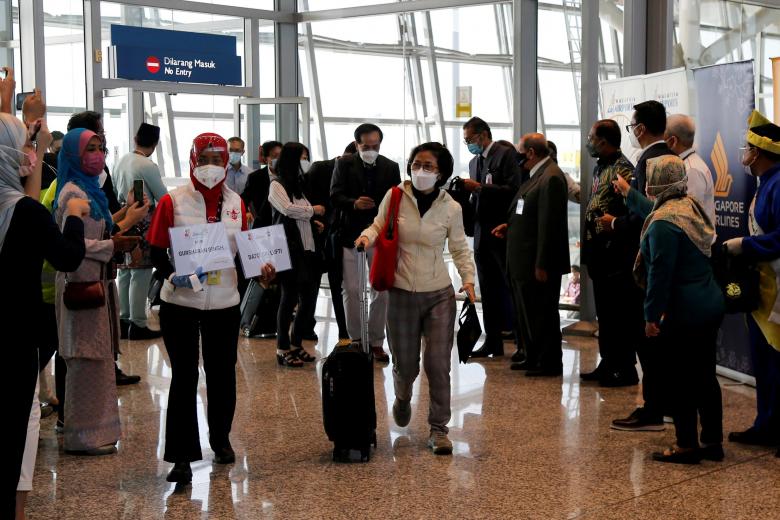 Travellers who enter Malaysia need to conduct a Covid-19 test before departure and upon arrival, the report cited National Recovery Council (NRC) chairman and former premier Muhyiddin Yassin as saying.

The government must set a definite timeline to open the borders, Mr Muhyiddin was quoted as saying in the local media last week.

In an NRC meeting held in January, a committee comprising representatives from the Health Ministry was formed to map out the way forward, he said.

Health Minister Khairy Jamaluddin on Feb 3 said his ministry will recommend to the government opening borders only after the nation’s booster vaccination rate improves.

The ministry is still discussing the threshold values that it is comfortable with in regard to vaccination for children and booster shots for adults, he said.

Nearly 80 per cent of the total population have been fully vaccinated, with more than 53 per cent of adults having received booster shots.

Malaysia’s borders have remained largely closed since the first lockdown was imposed in March 2020, save for citizens returning home, students, permanent residents and businessmen.

Malaysia recently resumed the vaccinated travel lane with Singapore, and has agreed to begin a travel corridor with Indonesia early this year.