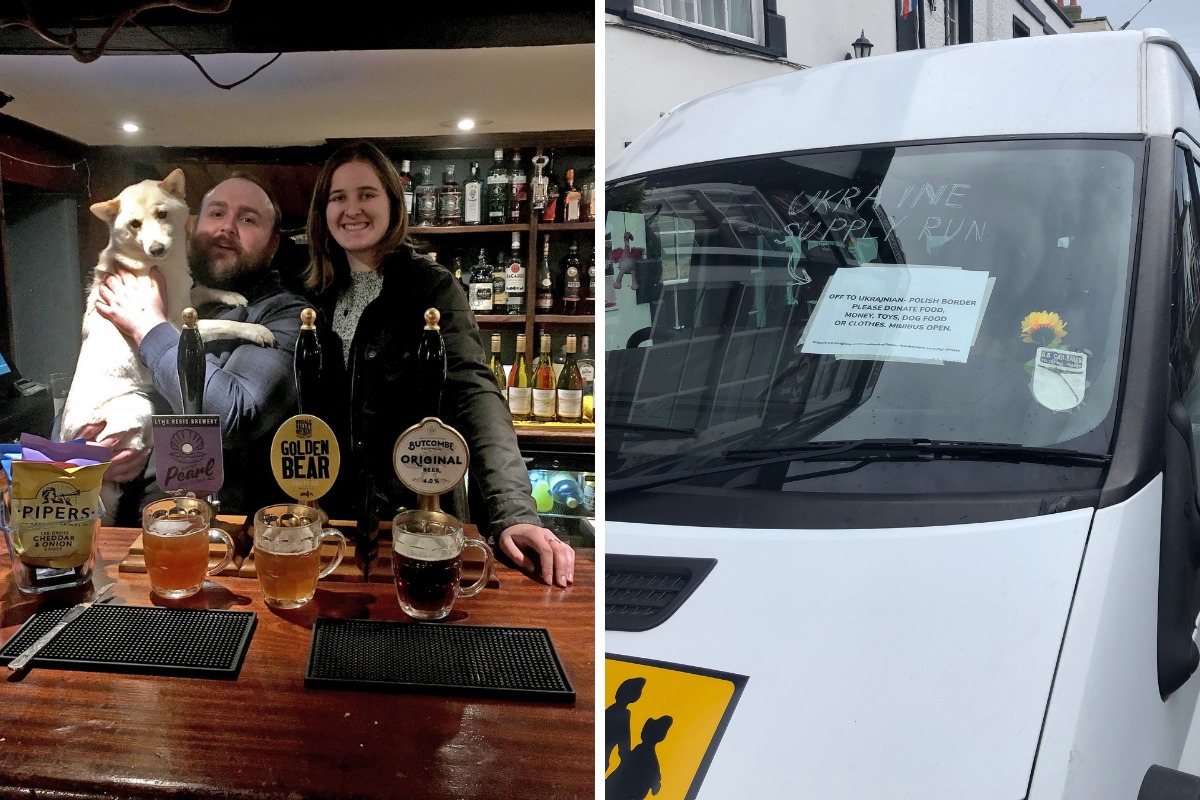 A PUB landlord from west Dorset is travelling to the Ukrainian border with a van-load of supplies for refugees – and said he is prepared to fight ‘without second hesitation’.

Tom Littledyke, an ex-Royal Marine reservist, was compelled to help as Russia invaded the country and hundreds of thousands of refugees fled.

The 31-year-old from Lyme Regis has filled his 14ft minivan with donated sleeping bags, children’s toys, coats, and tinned food left outside his pub.

Pictured: Tom Littledyke with the van full of aid he is driving to the Ukrainian border. Picture: BNPS

He is undertaking the 1,300 mile journey to the Polish border town of Korczowa, and is currently in Germany.

On the way he has picked up people travelling to fight for Ukrainian forces in the struggle against the Russians.

He said he would do so too ‘without a second of hesitation’ to defend refugees from enemy aggression.

He said: “Absolutely, I would fight if necessary, if called upon, in the aid of people who have not asked for this. Entirely so – without a second of hesitation.

“I’m blown back by the amount of support we have received already.

“I’m inspired by how inspired people have been able to make this happen.

“That we can get this much together in a couple of hours inspires me – and we’re already talking about doing another one.”

His partner, Georgia Wellman, aged 20, added: “I know Tom will do as much as he can and he doesn’t have anything stopping him.

“He doesn’t have the fear that most of us have – he’s either brave or stupid and I haven’t decided which yet.”

The pair, who run the Shave Cross Inn in Marshwood, The Shave Cross Cellar and Antonios in Lyme Regis, have now raised more than £6,000 from donations on their JustGiving page.

All donations will go towards fuel and purchasing food and supplies for Ukrainians, and to provide funds to buy further supplies for a second trip later this year.

Mr Littledyke’s journey comes after Foreign Secretary Liz Truss urged members of the public to volunteer to help the Ukrainians fight for their freedom during an interview on BBC One’s Sunday Morning programme.