List: The people travelling with DP Ruto to the USA 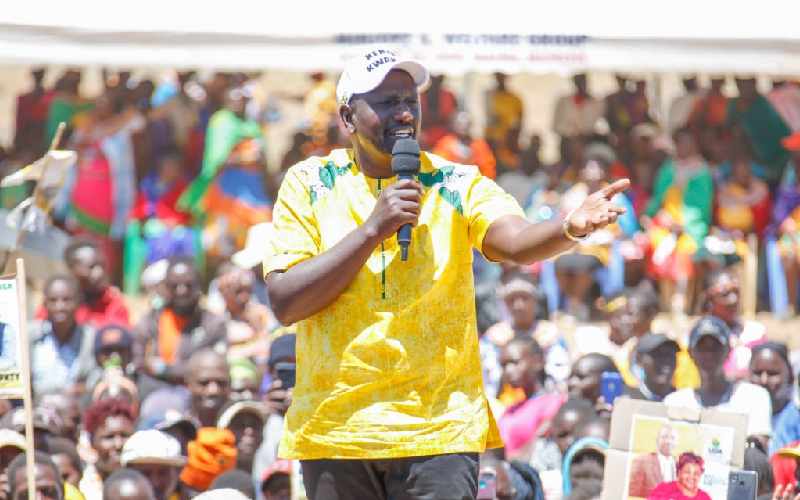 Deputy President William Ruto is accompanied by 31 people for a ten-day tour to the US, the United Kingdom (UK) and Qatar.

According to a document seen by the Standard, Ruto and his team will be visiting the USA from Sunday 27, February to Saturday 5, March 2022 and then proceed to the United Kingdom from Saturday 5, to Tuesday 8, March.

The delegation will then head to Qatar from Tuesday 8, to Friday 11 March.

Accompanying the DP are:

According to a statement by the DP’s head of International relations Ababu Namwamba, the tour seeks to ‘further strengthen ties with the country’s traditional friends and partners.

In his tour, the DP is set to meet and speak to Kenyans living in the diaspora; the USA as well as in the UK.

“He is to meet among others, state department officials, the pentagon and US government national security council advisor Condoleezza Rice,” Ababu said in a statement.

“In London, he will meet senior UK government officials, National Counter-Terrorism Center then speak to the commonwealth secretariat, Kenyans in diaspora then pay a courtesy call to archbishop Canterbury, His Grace Justin Welby.