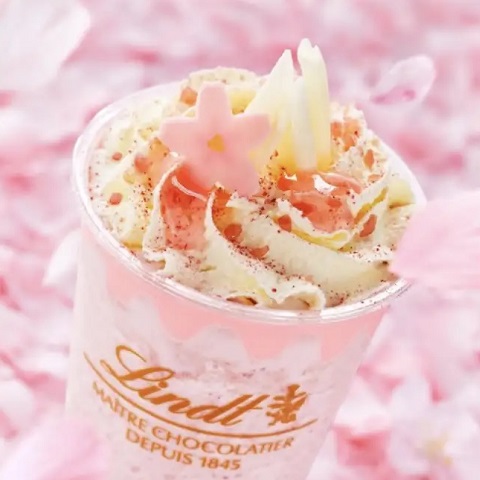 Last month, we tried Swiss chocolatier Lindt’s first-ever sakura-flavor Lindor chocolates, and we can still taste how delicious they are (partly because we’re constantly thinking about desserts, and partly because we made sure to buy enough that we still have some left). But memories and bulk-bought stockpiles can only last so long, so we’re happy to learn that Lindt has just released three new sakura treats.

Let’s start with the most eye-catching of the bunch, the Sakura Caramelize Chocolat Drink. This is a dessert beverage with two types of cherries mixed into its white chocolate-base and topped with pink caramel flakes meant to evoke scattered sakura petals, plus a cherry blossom-shaped chocolate. There’s also a clear sakura sauce which Lindt says helps give it a tantalizingly glossy look.

Joining the Sakura Caramelize Chocolat Drink are two different kinds of Délice, as Lindt calls its take on macarons. 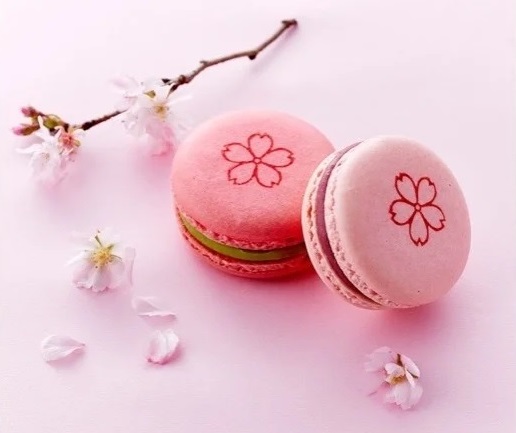 The first, called the Délice Sakura, has a mixture of cherry puree, white chocolate ganache cream glaze, and sakura syrup sandwiched inside the biscuit pieces. 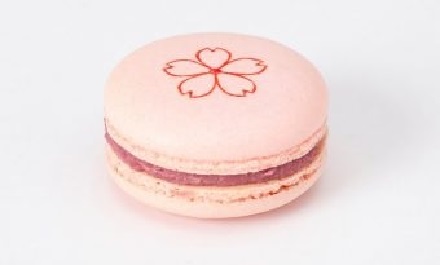 The second is the Délice Sakura Leaf, and this one lives up to its name by having salt-preserved sakura leaves mixed into the ganache. 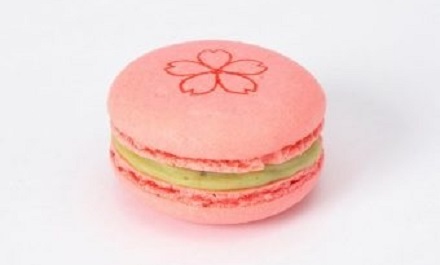 Of the three, the Délice Sakura Leaf is likely to be the most pleasing to purists in the fields of sakura sweets and/or Japanese linguistics. While “sakura” does indeed translate as “cherry blossom,” it doesn’t refer to the cherry fruit. The Japanese word for “cherry” is sakuranbo, and the trees called sakura are specifically the non-fruit-bearing type. Because of that, to Japanese foodies sakura-flavor and cherry-flavor aren’t necessarily the same thing; sakura-flavor is generally accepted to mean sweet with a salty finish and very slight floral/herbal touch, since sakura petals and leaves are edible and often preserved in salt.

That said, the “sakura sauce” Lindt uses in all three of its new sweets could be the flavor Japanese foodies expect from the sakura name, and assuming you’re not the kind of hard-case linguist who’d let nomenclature mess with your enjoyment of desserts, it’s hard to imagine any of these being anything less than very tasty (and if you are a hard-case linguist, there are plenty of genuinely sakura-flavor sakura treats out there too).

The Délice Sakura and Sakura Leaf are priced at 302 yen each and the Caramelize Chocolat Drink 780 yen. All three are on sale now at Lindt Chocolat Boutique and Cafe branches across Japan (excluding outlets) and are scheduled to be available until April 3, or while supplies last.

— Sakura Lindor: A Lindt chocolate you can only buy in Japan