Land & Sea proves to be popular in restaurant hungry Kerrisdale 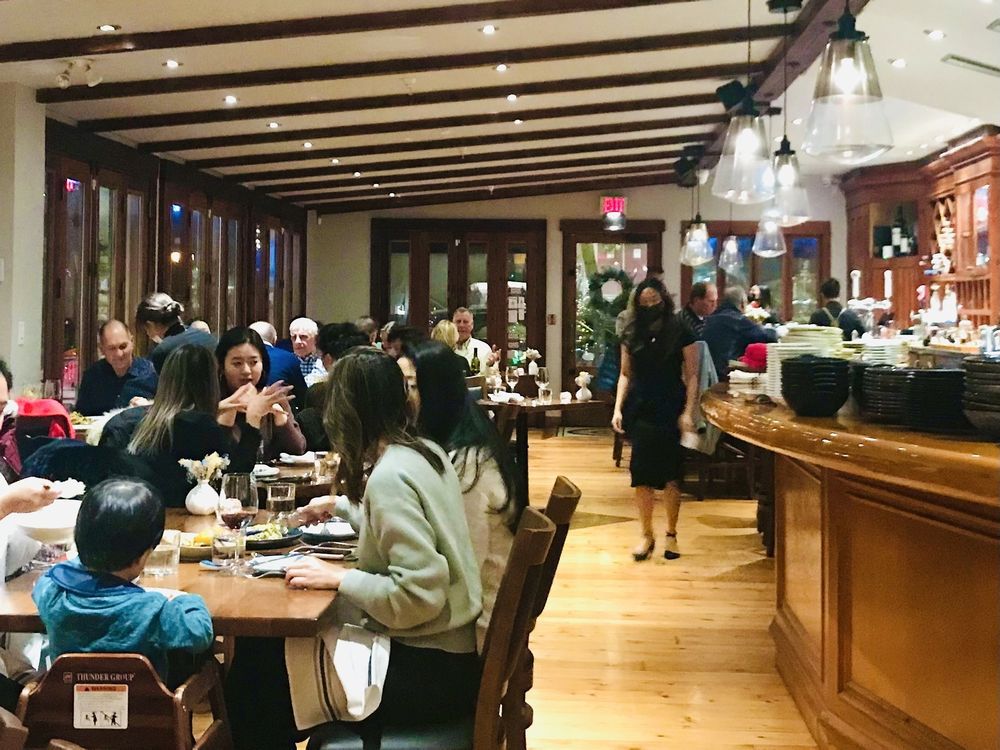 Reviews and recommendations are unbiased and products are independently selected. Postmedia may earn an affiliate commission from purchases made through links on this page.

When: Dinner, Tuesday to Sunday

Open it and they will come — and so it was at Land & Sea restaurant in Kerrisdale after opening its door last fall. Key word: Kerrisdale, a neighbourhood with money to burn and a hunger for good restaurants.

“It’s been busier than we expected,” says owner-Chef Kevin Lin. “It’s not an area we know so we took a risk, but it’s been busy since the day we opened, even in January. My mom had trouble coming in.”

When I last interviewed Lin, he was chef and part owner at the funky Uncle’s Snack Shop in Richmond, which he’s no longer part of. Lin trained in culinary arts, as well as hotel management, in Switzerland but had focused on wine programs and front-of-house management at the Mandarin Oriental in Singapore, as well as at the Glowbal Group in Vancouver.

But he and his partner, Steph Wan, were keen to open a place with the kind of food he liked eating while growing up and where Wan could use her design background in the branding. The latest room itself is largely unchanged from the former Senova and Coco Pazzo restaurant days with a woody musculature and Mediterranean feel. The curvaceous bar and kitchen have both been upgraded.

When we went in December, reservations were in high demand for the following weeks. A warm and charming server, Patrick Malone, greeted us upon arrival.

As for the kind of food the chef likes to eat, it’s Japanese West Coast.

“My heritage is a mix of Japanese and Taiwanese, and growing up, my mom put a lot of Japanese in her food,” he says, adding that her background was Taiwanese and his dad was Japanese.

The dishes really show his intimacy with homey Japanese food, his European-trained culinary experience and an apparent liking for Italian pasta.

Main dishes are in the 30- and 40-dollar range — getting up there but the prices reflect what’s happening in the industry.

“I’m sourcing whatever’s local and sustainable, but it’s been tough,” he says.

The menu will change two or three times a year and he’ll have occasional specials. Dishes with staying power are chili crab, unagi risotto and Ora king salmon soba, because they’re so damn delicious and people love them.

“They’re not going to move,” he reassures.

One dismissal was the scallop tempura with tartar sauce — a dish I tried when I visited.

“Not a standout,” I had noted.

But that Ora king salmon ($31) — flame grilled and served over neatly bundled green tea soba noodles, coated in creamy sesame ponzu — was delicious. The salmon, sustainably farmed in New Zealand, is oft compared with Japanese Wagyu for the beautiful marbling.

“It’s a play on a dish I fell in love with at the Mandarin Oriental,” says Lin. “It’s the unsaid second national dish in Singapore after Hainanese chicken.”

“Mochi was one of my favourite things growing up and I’ll put it on anything, sweet or savoury,” says Lin.

The black sesame added a rich depth to the brownie and, all-in-all, I liked the sweet and savoury balance of the dessert.

Other dishes on the menu include truffle mushroom udon with sous vide egg, wakame butter, crispy shallots and green peas.

The wine list was curated by friend and sommelier Mott 32’s Robert Stelmachuk, who’s worked at the city’s finest for decades.

“He built a foundation for us and I’ve got a wine background myself,” says Lin.

Cocktails, he says, tend toward fun and creative.

“We want to put on a show, like smoked cocktails, tableside.”

He suggested the Don’t Worry About It drink.

“Just order it and don’t think too much about what’s coming. It’s like dealer’s choice,” Lin said.

Sign up to receive daily headline news from the Vancouver Sun, a division of Postmedia Network Inc.

Thanks for signing up!

A welcome email is on its way. If you don’t see it, please check your junk folder.

The next issue of Vancouver Sun Headline News will soon be in your inbox.

We encountered an issue signing you up. Please try again