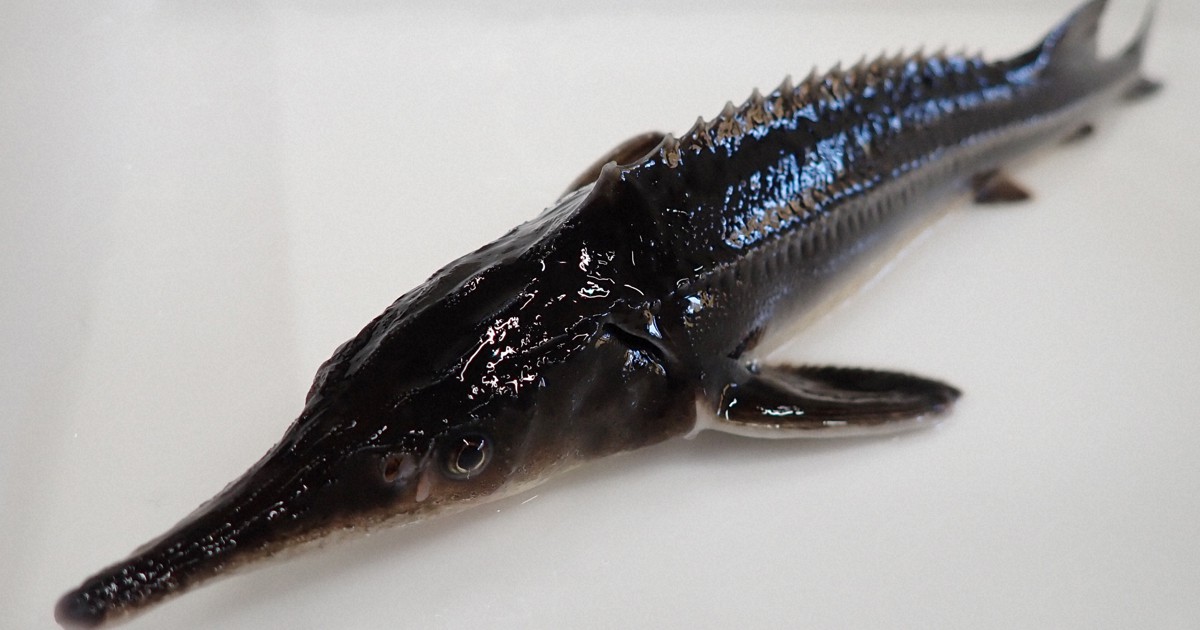 TANABE, Wakayama — Caviar, an essential item for fine dining, may become a common delicacy after a team of researchers in Japan has succeeded in making sturgeon all female with a compound found in soybeans.

The team led by aquaculture science associate professor Toshinao Ineno at Kindai University’s Aquaculture Research Institute’s Shingu Station in the city of Shingu, Wakayama Prefecture, used isoflavone — a compound found in soybeans similar in effect to female hormones — to create the all-female groups of sturgeon. The feat is a Japan first, according to the university.

Ineno said the production efficiency of caviar, a salt-cured roe from sturgeon, “will increase by making them all female. If put into practical use, it will be possible to enjoy caviar at a more affordable price.”

According to Ineno, the sex ratio of sturgeon is about one-to-one, and the inefficiency of caviar production is an issue in cultivating the species. It has been known that administering female hormones can create female sturgeon. But since this method is banned for fish for human consumption, soybean isoflavone, which is sold commercially as a dietary supplement, was used.

The experiment was conducted with sterlet sturgeon, which were divided into tanks including the three groups raised on feed with different concentrations of “genistein,” a component of soybean isoflavone. The team raised 25 fry for 180 days on each diet from two months after they hatched, before giving them regular feed for 70 days. Researchers then dissected about eight fish per group, and also identified the starlets’ genetic sex from the mucus on their body.

Though the extracted genistein was used in the feed in this experiment, the method is prohibited in the farming of fish for human consumption. Ineno said, “We’d like to think of methods in which sturgeon can take in soybean isoflavone naturally in their food, such as soybean lees, and put it to practical use in a few years.”

The Aquaculture Research Institute also successfully made catfish all female using genistein in 2021. The research on sturgeon began in 1995, and an affiliated company has been selling caviar collected from sturgeon bred at the institute as “Kindai Caviar” since 2008.