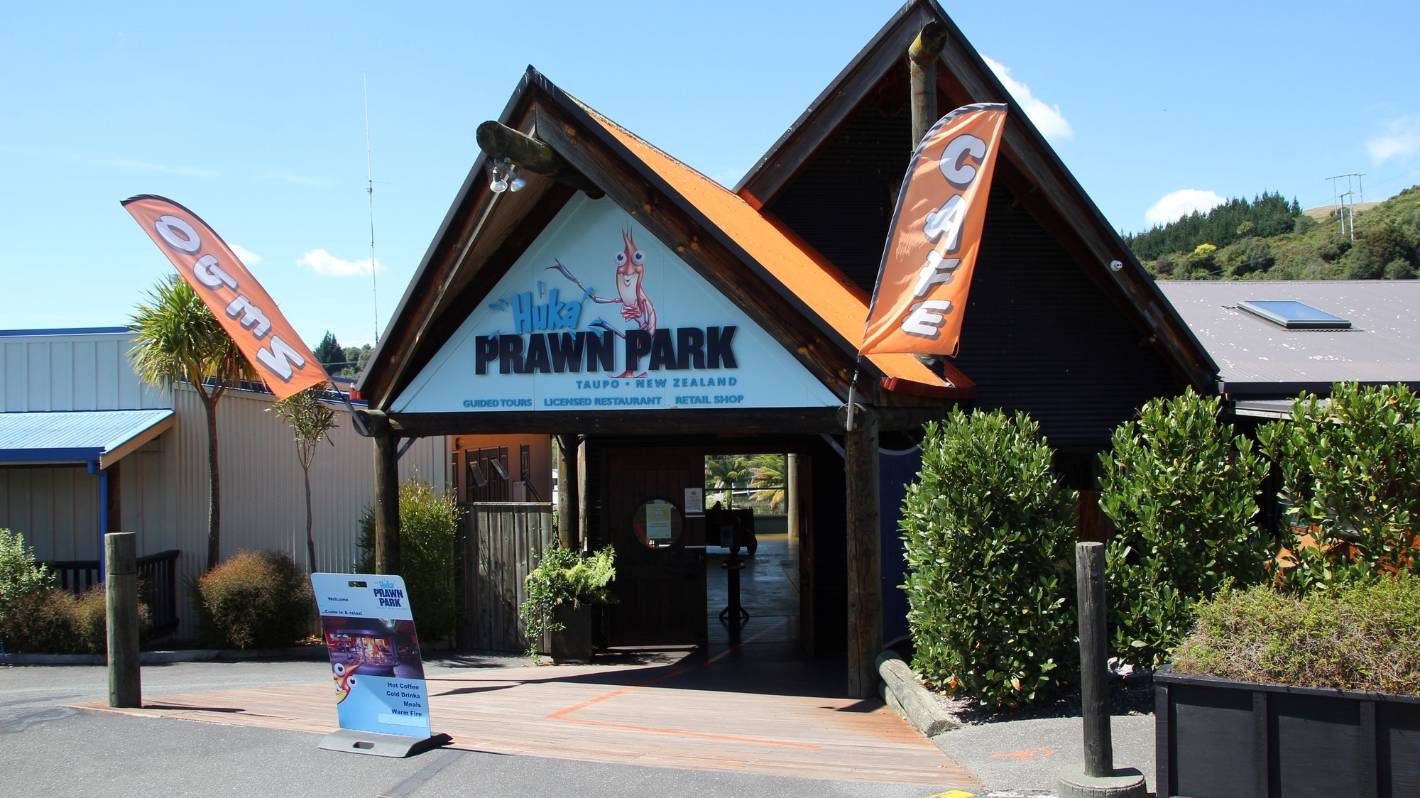 Don’t blame your lack of skill for not catching a tasty morsel at Taupō’s iconic Huka Prawn Park – it turns out a shallow gene pool might have been to blame.

The prawn park is still up for sale as a going concern, but there’s just one thing missing, a viable population of prawns.

The park was founded in 1987 where it grew giant Malaysian river prawns using geothermal water from Contact Energy’s nearby Wairakei Geothermal Power Station as a heat source.

However, a shrinking gene pool has resulted in low prawn survival rates with many prawns developing an aversion to light and an inability to convert food into body mass.

Fishing for prawns was stopped in December 2020 with the best prawns being used in the park’s restaurant alongside prawns sourced from other suppliers in New Zealand.

READ MORE:
* Iconic tourist attraction on the block in middle of pandemic
* When prawn fishing stalls you have to adapt – Huka Prawn Park co-owner

Prawn Park co-owner Richard Klein said securing new breeding stock was a priority, and that the park was still open for business concentrating on the restaurant and other water-related activities.

“We are hoping to have a new breeding stock of prawns coming soon from either Thailand or Israel, and we are working with MPI (Ministry of Primary Industries) who have shown a great interest in making this happen.

“We still have lots of prawns but they are not conducive for fishing, and we are just about to start another breeding cycle.

“We need to refresh the gene pool, that’s the name of the game right now.”

“That has slowed them up, they also lose their ability to convert food to body weight, and they are not as resistant to light so the overall survival rate goes down.

“Expanding the gene pool is really important and we are doing our best with that gene pool, but we need to refresh.

“We are fortunate to have lots of other things to do at the park, demand is still very high at the restaurant and people have been supporting us really well.”

While tenders for the business closed in November last year, Klein said they were speaking to a couple of interested parties who were going through their own due diligence process.

“This Omicron thing has stopped people travelling, there is some interest there, but it does take time.”

In the meantime, the park’s owners have applied for a renewal of its resource consent to continue using geothermal water to heat their pools, and for the discharge of water into the Waikato River and the Wairakei Stream, under a joint application with Contact Energy.

If approved, the consent would allow the park to use geothermally heated water for another 35 years.

Klein said he does not envisage any problems with the consent process.

“It’s going well, we have never had any breaches and we have a close relationship with Contact Energy and the regional council.

“It’s much easier renewing the consent that starting a new one, so we should be okay.”

Klein, who is a 50 per cent shareholder in the company with the Wellington-based Toomey family, said he had been considering selling the business for about five years, well before the Covid-19 pandemic arrived.

The Huka Prawn Park’s lease runs until 2029, with an option to extend out to 2039, and is on 12.8ha of Crown-owned land at the Wairakei Tourist Park north of Taupō.