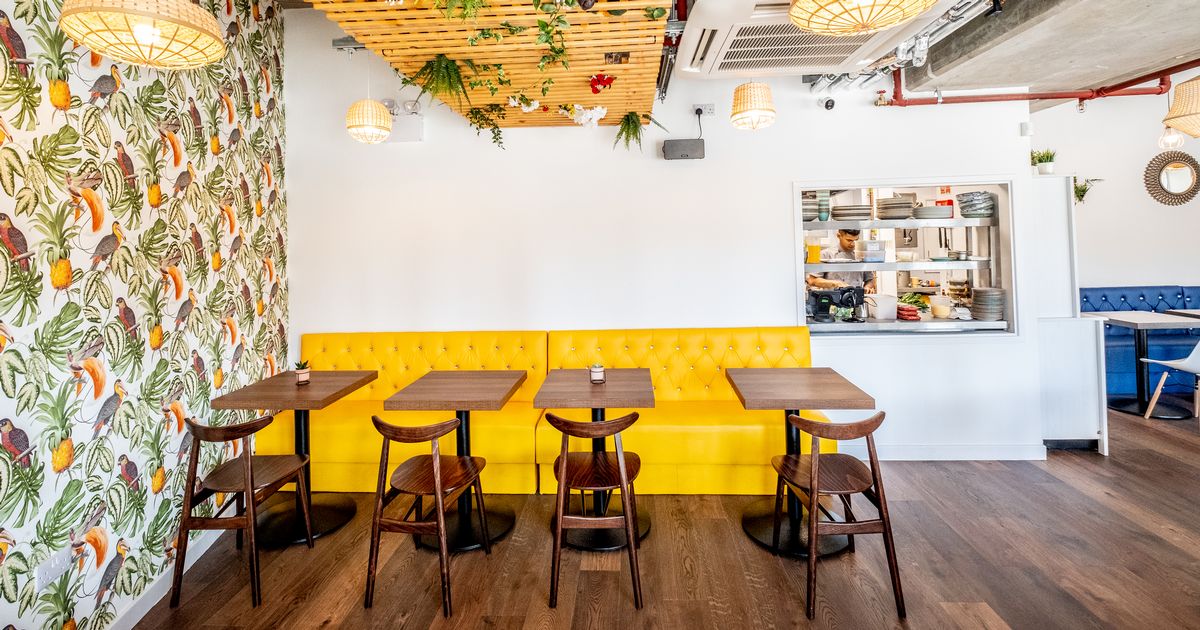 South Londoners just can’t seem to get enough of Tupi, a delightful trio of South American food joints where Brazilian culture and cuisine collides with European cooking. You only need to look at Tupi’s menu to figure out that its owner Gleydson de Paula, is a well-travelled, hardworking and ambitious chef whose goal is to introduce a new style of Brazilian dining to London.

Gleydson, 36, spent the first 17 years of his life in central Brazil, the state of Amazonas to be precise. This sacred state has not only 33 per cent of the world’s rainforest reservations, but an astounding 641 indigenous communities live there too. The name Tupi is a nod to Gleydson’s Brazilian roots and is named after the Tupi people, one of the first known indigenous tribes to exist in Brazil long before colonisation.

” We have the largest immigrated communities in the world, we have a lot of Japanese, Chinese, Italians and Portuguese people, there’s a lot of communities that have merged over the years in Brazil,” explains Gleydson. His own genetic makeup is equally as diverse too, with grandparents and great-grandparents heralding from Poland, Germany, Italy and Portugal, Gleydson has always enjoyed being around different cultures.

When he was 17, he moved to South London with his family, where he worked as a chef in a tiny Italian restaurant in Soho. It was where he developed his talents as a chef and with the help of senior chefs, he was able to quickly gain their trust simply by showing his enthusiasm to learn new things.

He told MyLondon: “I was very lucky because it was a very small team, it allowed me to get stuck into cooking very quickly. Within a week or two of me being there, I was very hands on and was very curious, so the chef at the time took a liking to me.”

Inbetween working and living in London, he spent some years in Italy working as a tour guide, travelling all the way from north to south and back again. He also lived in Portugal and Spain, before returning to London to work as a head chef, which he became when he was just 23.

Gleydson has been a self-taught chef from the beginning and has always dared to try new versions of classic dishes, which has contributed to the gradual success of his Tupi empire over the last five years.

He added: “Travelling allowed me to see a lot of different flavours and cultures, a lot of things that go on around Europe at the same time. But things I was brought up with, from cassava chips, guava and meat and fish that are still within me, so I could never let that part of me go – I embrace everything.”

Tupi’s first restaurant, which opened in Peckham in 2017, was a huge success. The breakfast and brunch menu is as well-travelled as Gleydson. All three restaurants, the other two in Elephant and Castle and Boxpark Croydon, serve a range of dishes, from the classic English fry-up with Spanish chorizo and Argentinian-born chimichurri as an added genius twist, to a sweet potato rosti, a favourite of Gleydson’s that has stayed on the menu since Tupi’s inception.

London has it all – the best nightlife, food, drink, events, markets, everything!

But how do you keep on top of this? Our weekly What’s On newsletter, Going Out Out, is how.

You’ll get a fully curated newsletter with the most exciting stories, reviews, previews and more – including original content – every single week.

All you have to do is sign up for Going Out Out here.

The Peckham branch, which Gleydson says sits around 20 to 22 people, grew so big in popularity that people queued from outside of the door. This was both a blessing and an inkling that Tupi had potential to do so much more and feed so many more.

So a few months later, Gleydson took the risk and opened a second Tupi in Elephant and Castle, followed by Boxpark Croydon. Now Londoners from nearby Stockwell, Brixton and Clapham eagerly book a table for a taster of Tupi’s colourful menu.

It’s not just a tempting range of hearty breakfasts on offer at Tupi, there’s also the delectable dinner menu, which accommodates the burger lovers, the steak-obsessed, as well as Brazilian dishes which proudly represent Gleydson’s South American heritage. Lucky diners can choose from muqueca, a Brazilian fish stew made up of salmon, prawns and mussels that’s seasoned with coconut milk, tomatoes, red onion, ginger and chilli, to a black bean casserole with chorizo, pork and sausage.

Tupi has miraculously survived through the pandemic too, a time when the hospitality industry was hit hard and had to think quick on its feet in order to survive. Like many restaurants, Tupi adapted as a temporary takeaway joint, which proved to be a hit. ” When we shut down there was a massive spike in delivery sales, that’s what literally kept us floating throughout this time,” Gleydson says.

There are now plans to introduce an exclusive supper club, and Gleydson’s dream of opening a Tupi in nearby Clapham could soon become a reality too. For a chance to see why Tupi is so brilliant, we suggest heading to the Elephant and Castle branch on a Wednesday evening to enjoy your food with some live music from Brazilian artists.

Head over to Tupi’s website to find out more about opening times for each restaurant.

Do you have a hidden gem of a restaurant near you that we should be talking about? Let Ruby know by writing to her at [email protected]

For the latest news from across the capital, head to our homepage.