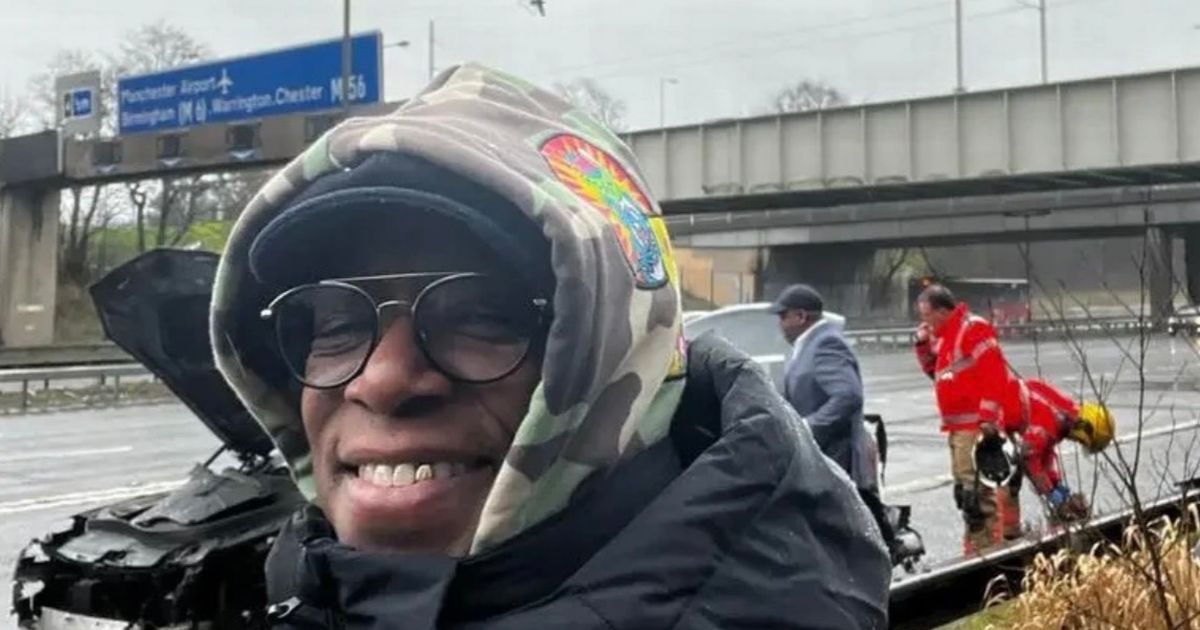 The video will auto-play soon8Cancel

Storm Eunice: The scene after a falling tree sadly killed a woman

Ian Wright has posted a picture on social media that appears to show him involved in a car crash en route to Manchester.

The former Arsenal star is due to appear on Match of the Day on Saturday night but saw his journey hampered by the weather conditions as Storm Eunice continues to wreak havoc up and down the country.

Wright uploaded a selfie of himself on the M56 with a car in the background that is damaged.

The pundit was unharmed but he thanked the emergency services for their quick response.

“Not a straightforward trip up for @BBCMOTD!,” he said.

“Thankfully nobody was hurt. Be careful out there, lots of water on the road.

“Thank you to my amazing driver Jay and the brilliant emergency services. See you tonight.”

Arsenal, Chelsea, Liverpool and Manchester City all play on Saturday.

The Gunners are aiming to bolster their top four hopes when they host Brentford, who are on a lengthy losing run.

Liverpool play at 3pm and will be hoping to, at least momentarily, cut the gap to league leaders City.

The Premier League champions host Tottenham at the Etihad looking to maintain a nine point gap at the summit.

People’s everyday lives have been greatly affected by Storm Eunice with sport also bearing the brunt.

Games lower down the football pyramid have been called off whilst Premier League sides have also seen their own preparations hit.

Tottenham and Burnley, two teams who are playing on the road, saw their flights cancelled yesterday.

Aviation was hit particularly hard with several videos doing the rounds showing the difficulties experiences by planes trying to land at various airports.

Around 200,000 homes are without power across the UK, according to Environment Secretary George Eustice.

The O2 Arena’s roof was damaged in the storm
(

London’s O2 Arena has also seen its roof damaged by the huge winds and will be in need of major repairs.

A 122mph gust on the Isle of Wight set a provisional record in England.

Transport secretary said he expected travel disruption for “another day or two” with Grant Shapps adding: “Trains are in the wrong locations, there’s still debris being removed from our roads.”