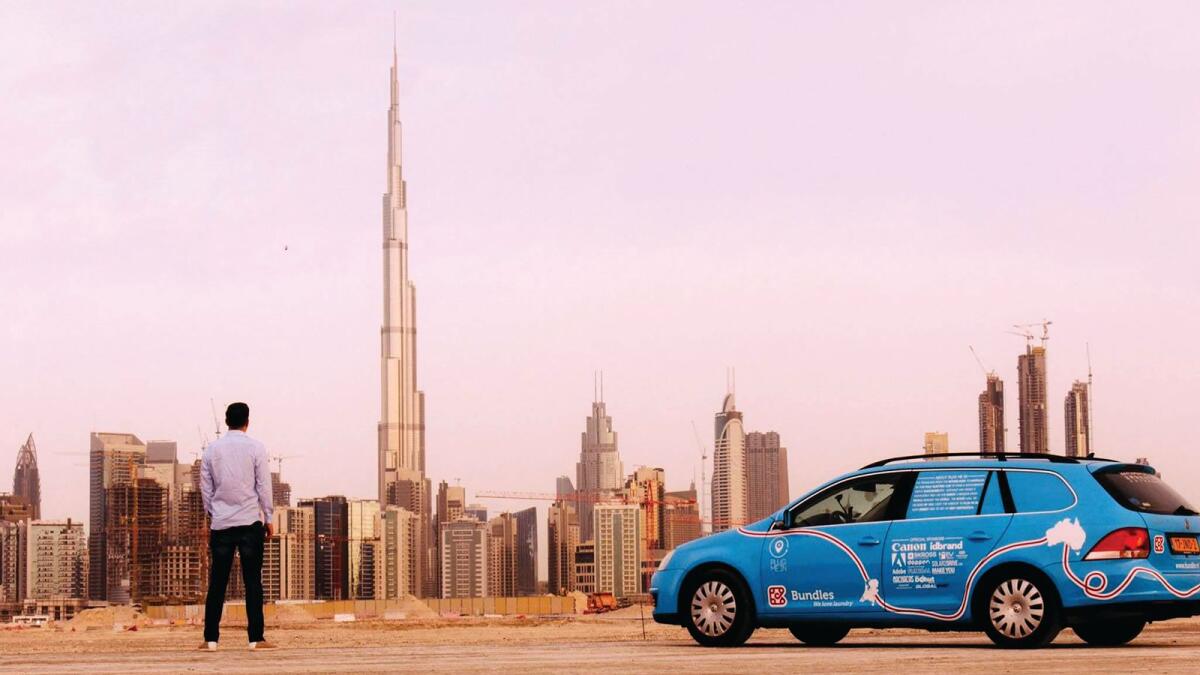 Spreading the message of sustainability, the Dutchman travelled across 34 countries, in an electric car, in 2019, and in January 2022, he arrived to the UAE from the Netherlands slow-travelling, through trains and buses. He talks about his life-changing journeys

In a world where shorter attention spans are rewarded with fast-forward buttons, instant messages, one-click deliveries and rapid results, slowness has become akin to inefficiency or unproductive usage of one’s time. But while going 100 miles an hour may allow us to get to our destination quicker, this frenetic pace of life comes at several costs—most detrimentally to the environment.

In 2016, an adventurous Dutchman set out on a journey fuelled by his passion for sustainable adventure, to drive from his hometown in the Netherlands to the other side of the globe, in an electric vehicle. Three-and-a-half years later, Wiebe Wakker arrived in New Zealand, passing 34 countries and driving over 100,00km. Setting a new world record in 2019, the Dutch adventurer has since become a sought-after global voice for promoting sustainable travel and electric mobility.

What started as a graduate thesis to enable his passion — seeking adventure — quickly turned into an advocacy of promoting sustainable travel all across the world. Wakker’s 2016 journey was carried out in an electric car called the Blue Bandit, which he borrowed, and is now showcased in the Volkswagen’s Autostadt Museum.

In January 2022, Wakker was invited to speak at the Dutch Pavilion at Expo 2020 Dubai to share his story for an event that got cancelled halfway through his journey. Being an adventurer that he is, Wakker carried on his sustainable journey to reach the Middle East, through a combination of trains, ferries and bus rides, as flying was never an option for him. We catch up with the sustainable adventurer to decode what travelling slow—and sustainably—has taught him. 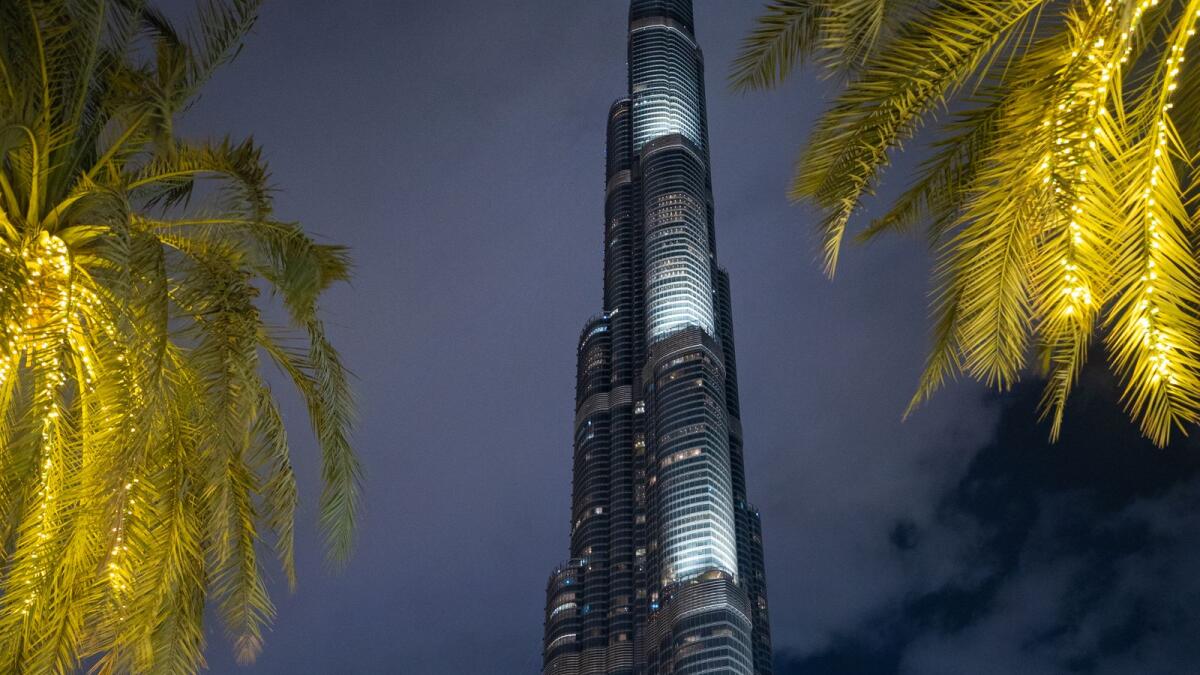 Edited excerpts from an interview:

Were you always this adventurous?

When I started university, I realised I didn’t enjoy what I studied so I quit. I didn’t know what to do, so I decided to take a year off and went backpacking through Australia. It was really interesting to explore new cultures and be away from home. But that trip was not adventurous enough for me. You travel by train or plane, get picked up, arrive at your hostel, have a few day-trips and get back. I wanted to do something bigger. When I got back from my trip, I decided to study event management, but kept thinking I wanted to do something big, adventurous and crazy. 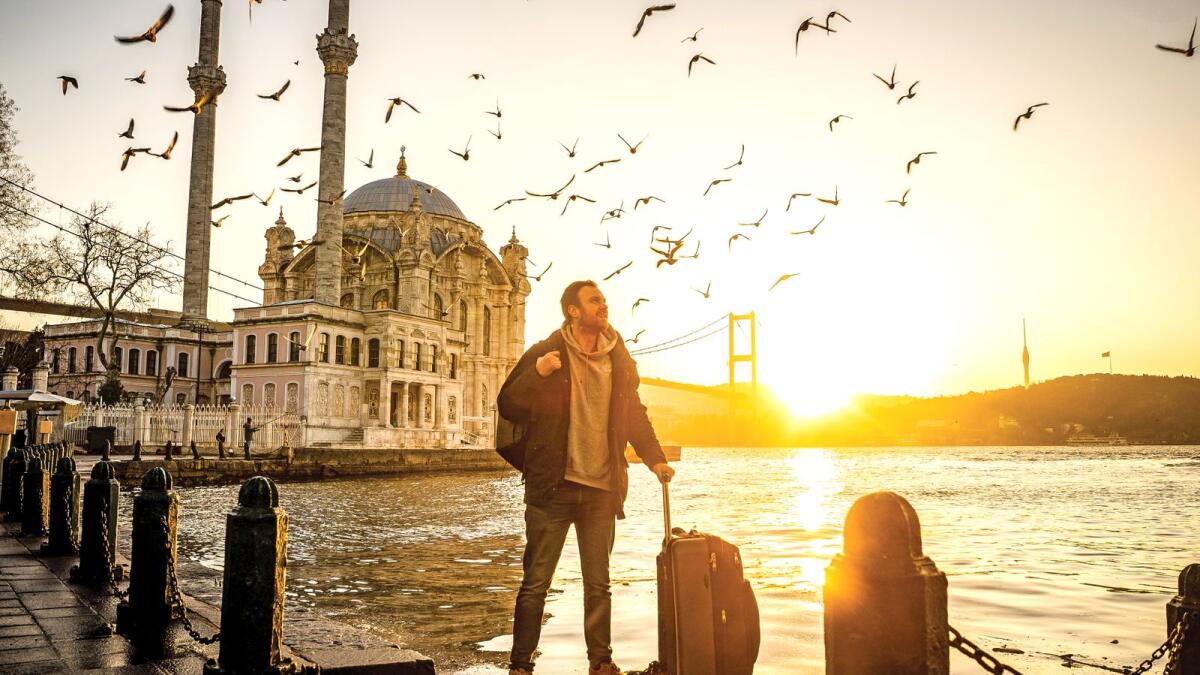 How did your interest in sustainability take root?

In my final year at university, there was an opportunity called the Entrepreneurs Lab where you could write a thesis about starting your own project. I decided to use this opportunity to organise the adventure trip I had in my mind. I didn’t want to have a thesis I’d throw away once I got done. I was a poor student, but I wanted to travel around the world. I found the idea of travelling without money quite interesting because it meant you had to overcome many challenges, approach people for help. I also realised if I wanted to travel without money, I needed to create value in what I was doing so I could get the support I needed. That’s when I got the idea of promoting electric mobility to travel to the other side of the world as a more sustainable method. When I started the trip I didn’t consider myself a sustainability advocate but through my trip, I became someone who truly cared about the environment.

You hold a world record for completing the longest ever electric car trip in the world. Why did you choose an electric vehicle (EV) for your travel? 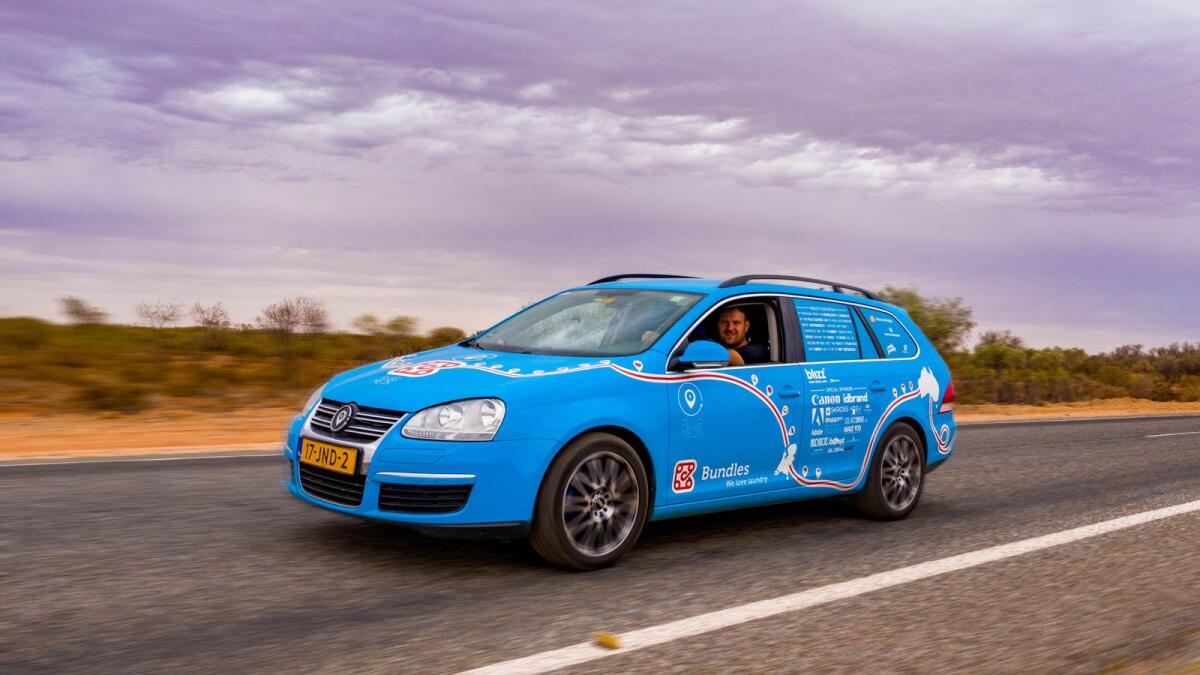 I wanted to drive to the other side of the world to prove that electric mobility has a future. Back then people had a lot of prejudices about electric vehicles, thinking it’s not a reliable mode of transport or you cannot cover long distances with it. So I wanted to prove that it’s a viable option. It was not really about setting a world record. But once I reached Sydney, it became the longest distance ever covered by an EV. And even though I started this to promote electric cars and sustainability, what was more valuable was the help I received. I had an excellent project as proof to show that regardless of social status, religion, skin colour, people just want to help. It showed me that the world is still a nice place, which was more important than setting records.

Electric vehicles are more sustainable than petrol cars because they don’t burn fossil fuels. So the carbon footprint is quite low even if you charge your car on dirty energy, such as coal or gas. You still limit your footprint because electric cars are way more efficient. And if you charge your car with solar energy, then it’s extremely sustainable. 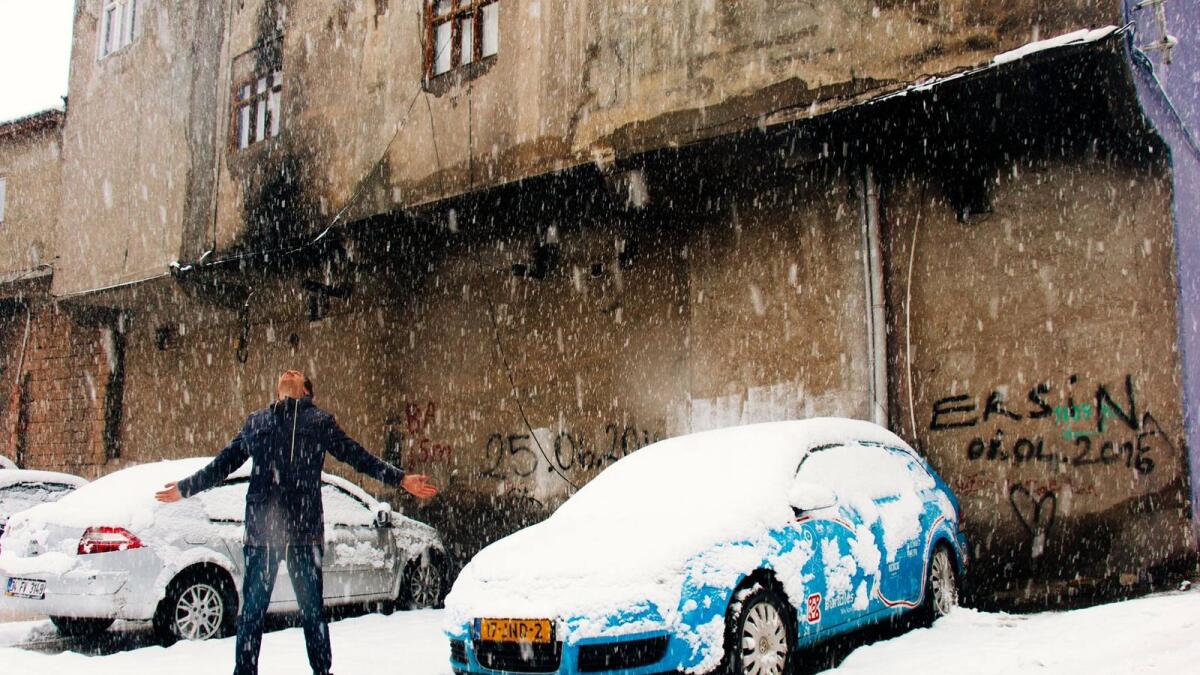 What were some of the challenges you faced?

Charging was a problem. At that time, there was no charging infrastructure. I would have to charge it at people’s homes where I stayed overnight. It’d take about 12 hours. It’s a lot better now in Europe, you can use fast chargers and charge your car in 30-45 minutes, but back then it was challenging. In some places, it’d take five or six days to fully charge your car. But the bigger challenge was in Australia, where the distance from one point to another was way more than the range my car could drive in a day. I’d have to drive for 12 hours at a stretch because there would be tailwind, so I made optimum use of the weather. 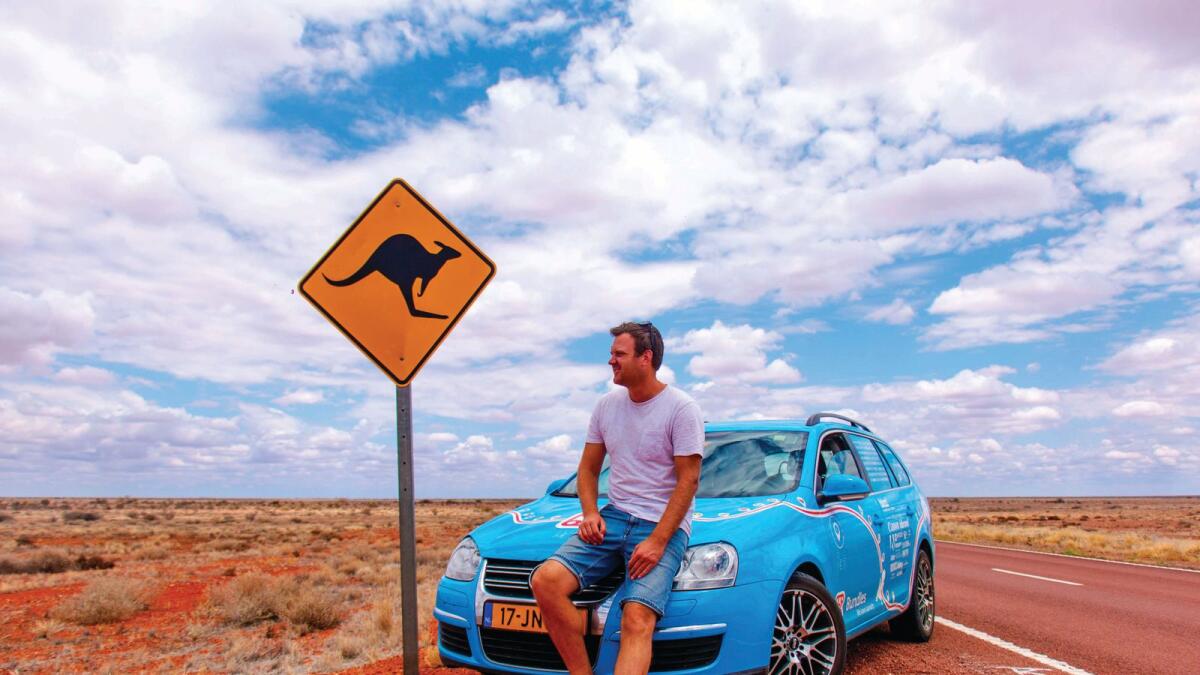 Tell us about the Plug Me In project.

The Plug Me In project stemmed from the challenge to drive and travel around the world without money, in an electric car. To get to Sydney, I asked people to ‘plug me in’ with energy. Based on the offers I had from people, helping with meals, places to sleep, electricity for the car, I’d decide on my journey. I travelled from plug to plug, from the Netherlands to Italy, to the top of Scandinavia and then down again, to Eastern Europe. I went crisscrossing around the world. People started to call me the Forrest Gump of the automotive world.

You used your trips as a way to discover what sustainability is about. What were your key learnings?

I learned a lot about renewable energy. But once I travelled to the East, I discovered certain aspects that I had no idea about. For example, in Indonesia, there was a very polluted river because people there thought that if they burn the diapers of babies, it’d cause a rash on the toddlers’ bottoms. So, they’d throw the diapers in the river. That caused a lot of environmental problems. It’s something I never knew about living in Europe. 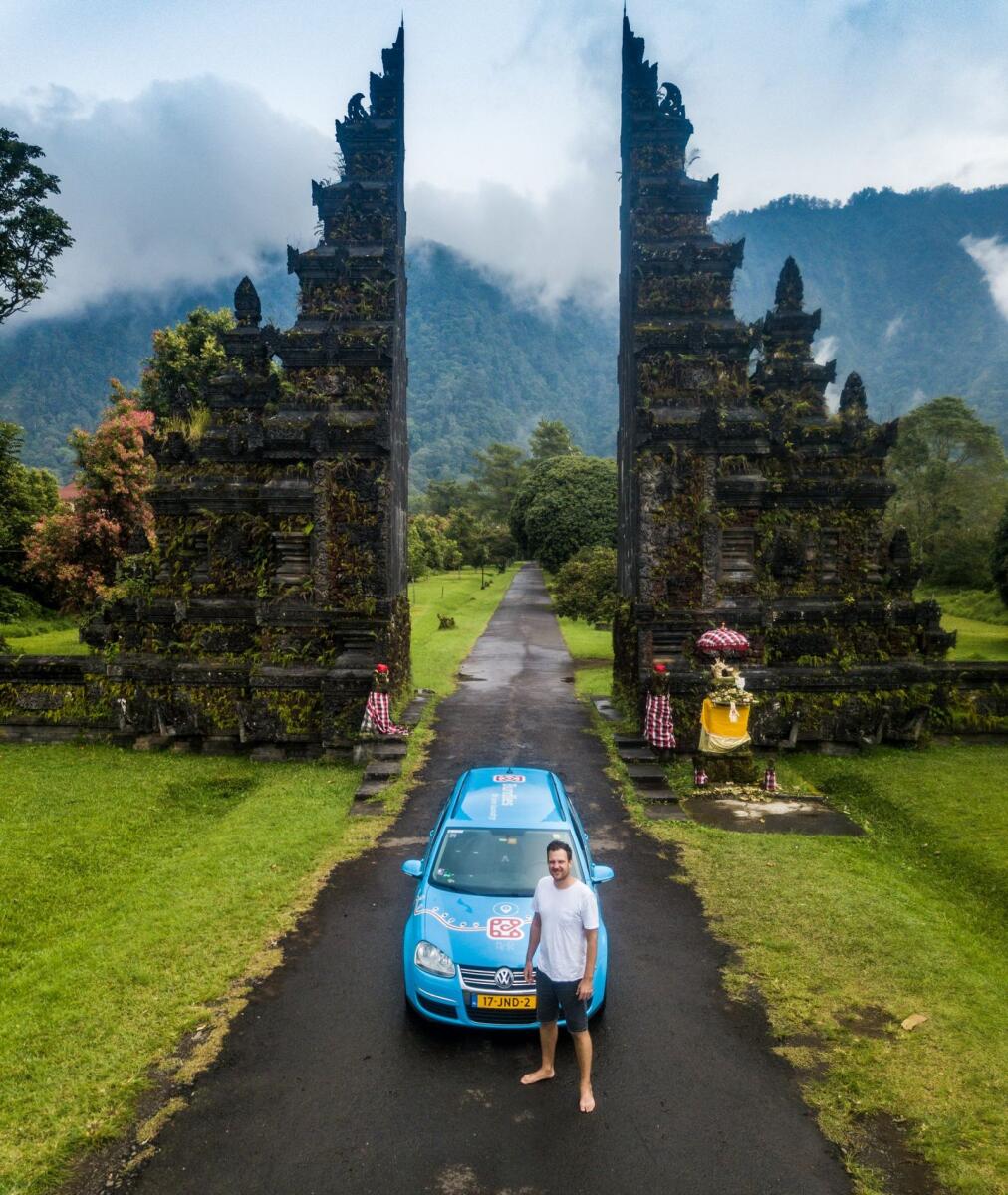 What brought you to the UAE? 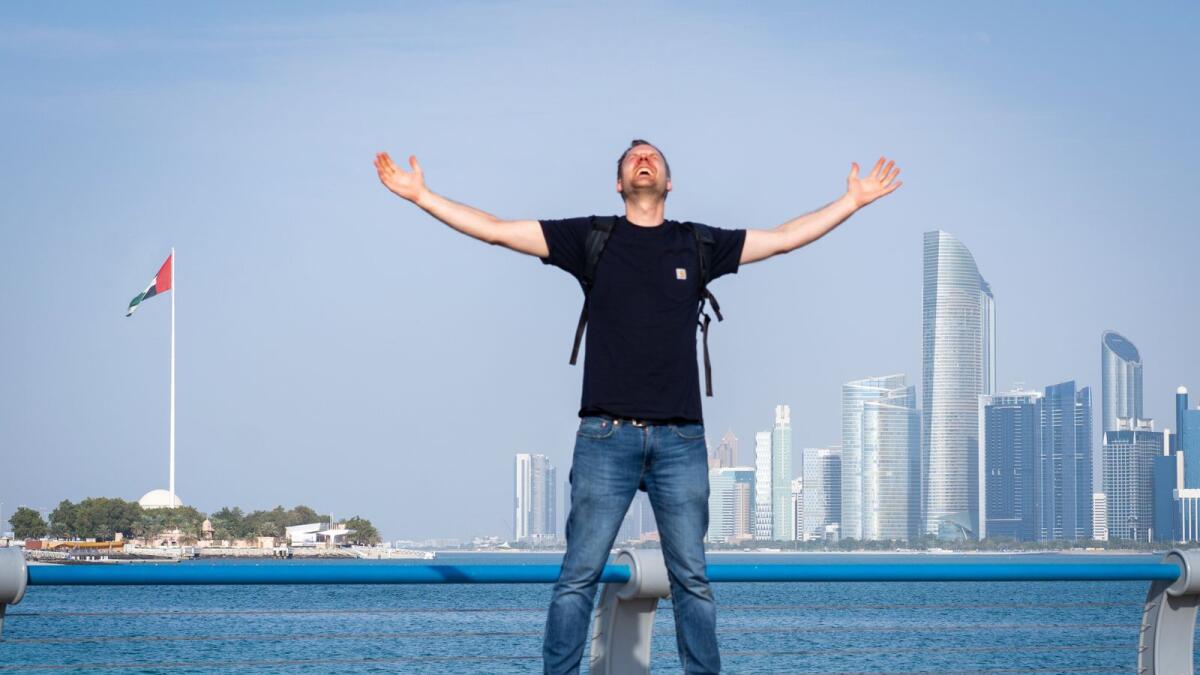 You chose not to take a direct flight to Dubai to save on the carbon emissions. Could you tell us about your journey?

Flying was not an option for me. My Blue Bender EV had become a museum piece. The only logical way to get here was by train, so I started to research if that was possible at all. I found out that you can always get all the way from Amsterdam to the Arabian Gulf by train and then get a ferry. Due to the pandemic, few trains were running, so I travelled to some parts by bus. Initially, I thought travelling by train would be quite boring because for hours and days, I’d be sitting on a train. But it turned out to be one of the best things I’ve ever done. To see the scenery gradually changing was beautiful. In Germany and Austria, the scenery got greener. In Romania, it got more mountainous with interesting architecture.

When I reached Istanbul, I received a message from the Ministry of Foreign Affairs that the Expo event was cancelled. But it’s not really my nature to stop something that I started. As Dubai is a city of opportunities, I thought a new opportunity will arise. So I kept going and took the train from Istanbul to the east of Turkey — that ride was by far the highlight of my journey, with snowy mountains, frozen lakes, it was so beautiful. It only cost me a little over three euros. That’s about like Dh15. 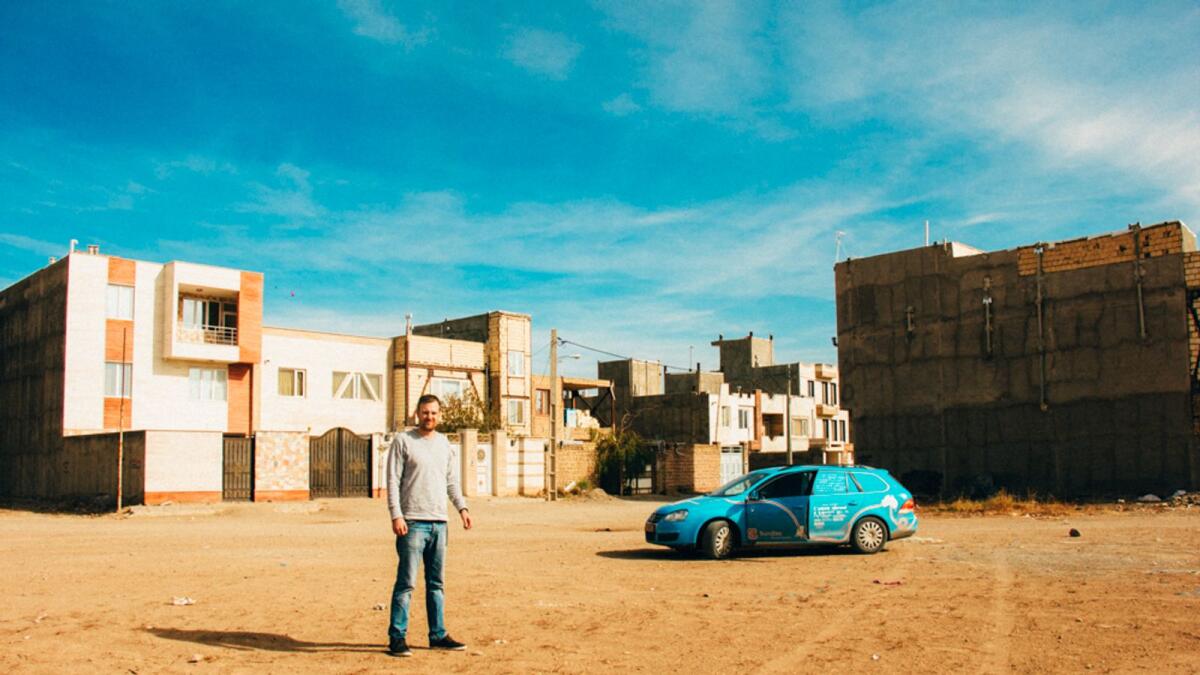 I was meant to travel to Iran but they announced that they will close the border for 15 days because of the Omicron outbreak. So, I had to change my plan a bit. Instead of going to Iran, I took a bus to the Kurdistan region of Iraq. I was a bit nervous to go there because of my perception of the place, it’s an autonomous region. But once I reached there, I was completely taken by surprise. The locals were so helpful and welcoming, they gave me chai to welcome me. They offered food and shelter. It was an amazing surprise. This is what I love about slow travelling, you unexpectedly arrive in a new place you know very little about and it turns out to be the most welcoming place.

In Amman, I had to buy a bus ticket from the office. A girl sold me the ticket and asked me to come the next day to catch the bus. When I got back the next day, she came up to me and told me that she had been on a trial period since she was new. When her boss saw her speak English with me, he gave her the job. So that’s why I say, travelling by plane can change your day but traveling by train can change yourself and also someone else’s life. The experiences I had through my travel, I’d never have on an airplane. 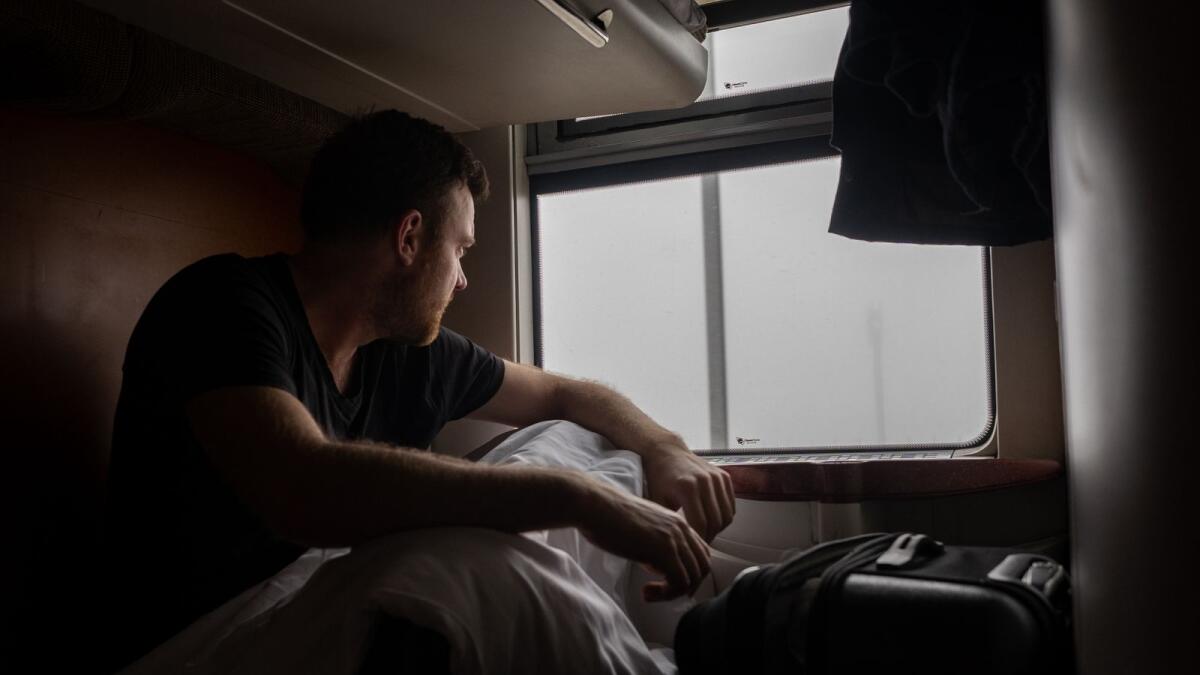 What are your future plans?

Once I get back home, I want to finish my book on my electric car road trip. I’ve been working on it for over a year now. I will continue to promote sustainable initiatives, not just focusing on electric mobility but sustainability in general. And, of course, I will keep travelling in a sustainable way because I love doing that and that’s how this all started!