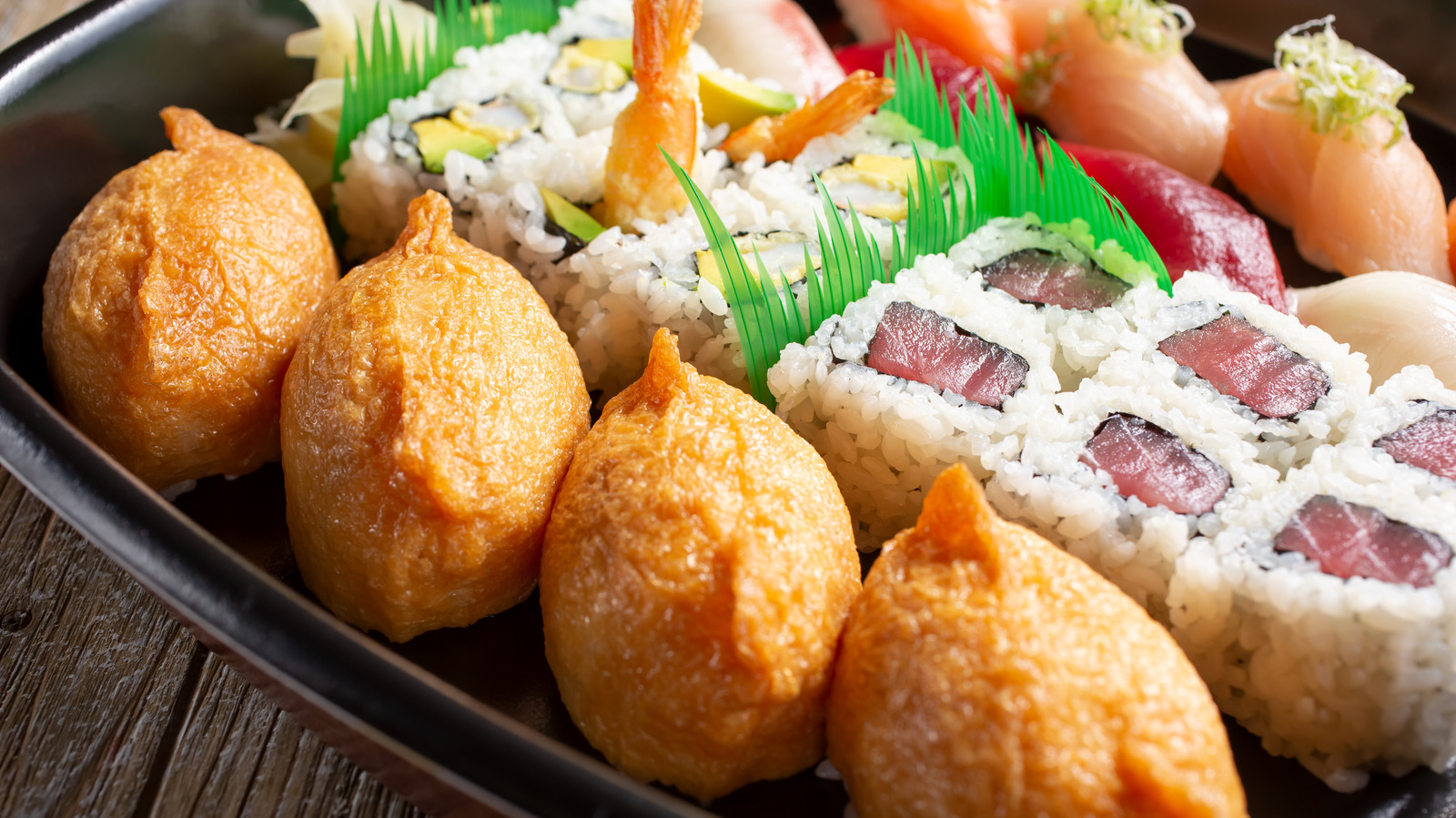 You may know it as plastic grass, but technically it’s called haran, or baran. The name is a combination of “ha” the Japanese word for leaf, and “ran” which translates to orchid. Wondering why they would refer to a piece of plastic as an orchid leaf? According to Japanese Food Guide, it’s because it wasn’t always made of plastic.

During the Edo period, when bento boxes were first invented, Japanese chefs would separate their food with various plant leaves. This became such a common practice, that the cutting of the leaves turned into an art form called sasagiri (via Saveur). Japanese Food Guide explains that using plant leaves was effective because not only did they keep the flavors separate, they’re also naturally antimicrobial and kept food safe from bacteria before refrigeration existed. Over time, however, haran was modernized and is now manufactured out of plastic and cut to look like the pieces of grass you see in your sushi containers.