Food & Water Running Out, No Clarity On Evacuation: Students In Ukraine | Lucknow News 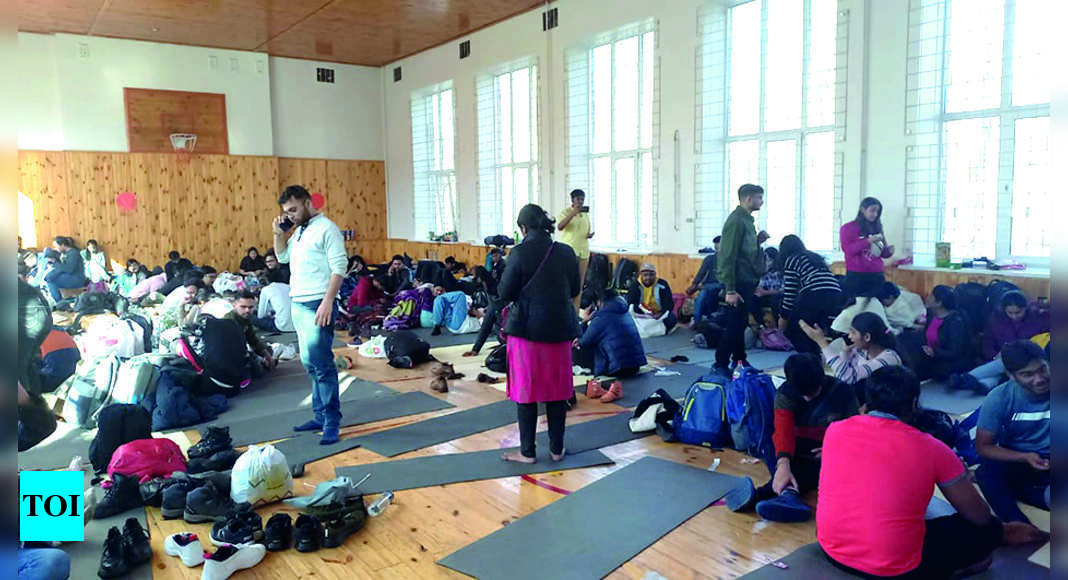 Lucknow: Grace Mariam Mathew and her cousin Nissy Sara Mathew, both 18 years old, had left India last December to pursue MBBS from Bukovinian State Medical University in Chernovitsky. The region is in the south-western part of Ukraine and merely 35km away from the Romania border.
The daughter of a nursing officer in Indian Army, Grace, like other students, was confused whether to leave the country or not as the stand-off began. Her university had stated that it would continue physical classes till February 25. However, the Indian embassy had asked students to leave the country immediately.
Finally, her parents booked tickets for Grace and Nissy to return to India on February 24. Travelling for nearly 580km in 10 hours, the girls reached the airport in Kyiv but were alarmed by bombardment. They were immediately evacuated to a safer place and hours later, reached the Indian embassy for shelter.
“We waited for six hours before embassy officials moved us to a school. Close to 400 students (many from Uttar Pradesh) accommodated themselves in the auditorium, lobby and whichever place they found. For two days, the embassy served measured food and water to them, but now, they are out of ration,” said Grace, who is from Kerala. Her mother Lt Col Bindu Mathew was recently transferred from Lucknow to Delhi.
“Now, the embassy officials are saying that whoever wants to go towards the border can do so on their own. They will not provide security if we travel,” said Grace.
The students shared a video in which they were confronting embassy officials to make arrangements for them to leave Ukraine.
“We can understand the food shortage at the embassy. Hence, some boys here took the risk and went to a shop and bought some food and juice. Our complaint is that the embassy is not planning anything on evacuation,” said Nissy, whose parents work in John Hopkins Hospital, Saudi Arabia.
On February 25, the university in coordination with Indian authorities had evacuated about 250 students via Romania.
Earlier in the day, the Indian embassy had issued a statement asking students to remain wherever they are and not move towards the border posts without coordination with officials.