Drug driver caught after travelling at speed on A590 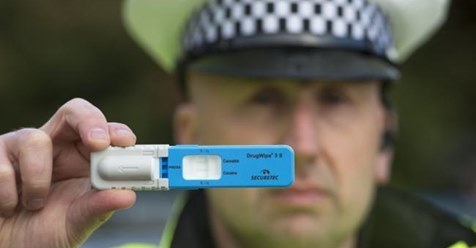 A MOTORIST caught travelling at high speed on the A590 was found with cannabis when stopped by police.

A court heard how Ryan Elliott handed over a small bag of the class B drug after he was stopped by officers near Dalton.

The 25-year-old was said to have come to the attention of police because of how fast he was driving.

Stopping him in his car, police noticed a smell a cannabis.

It was said to have been the second time Elliott, of Black Butts Lane on Walney, had been caught drug driving in the past four years.

Elliott’s solicitor said he had not known any traces of cannabis would still be in his system at the time of the offence.

“They observed a Ford Focus that appeared to be travelling at speed.

“There was a smell of cannabis coming from the vehicle and the defendant immediately handed over a small snap lock bag of cannabis.

“He complied with the evidential sample of blood procedure.”

The court heard Elliott was previously convicted of drug driving and possession of cannabis in March 2018.

In mitigation, Michael Graham told the court the driver did not realise the drug would still be present in his system.

“It’s a situation where he had not realised it would still be retained in his system,” Mr Graham said.

“He was fully cooperative throughout the process.”

Mr Graham said Elliott accepted he was facing an extended driving ban due to the previous conviction.

“That’s going to cause obvious difficulty regarding his mobility,” he said.

“He works locally. He won’t lose his job but he will find it more difficult to get around.”

Sentencing Elliott, chair of the bench of magistrates Sharon Gillam said: “You have had a previous conviction for this so you know what’s going to occur today.

“We’ve taken into account that you pleaded guilty at the first opportunity.”

Magistrates sentenced him to a fine of £438 for the offences.

They handed down a three-year driving ban.

Ms Gillam warned Elliott that he could be prosecuted further if he gets behind the wheel in the next three years.

“If you are found driving in that time you will be done for driving while disqualified, which is another serious offence,” she told the defendant.