Despite the Duchess’s reservations about travelling, Harry and Meghan may attend Charles’ coronation 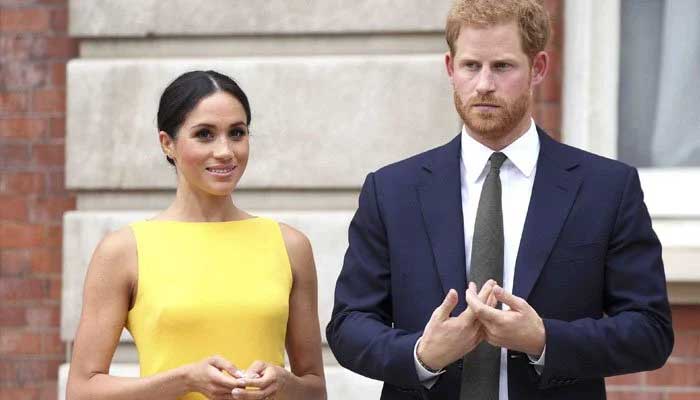 Despite their withdrawal from royal duties, Prince Harry and Meghan Markle may appear for Prince Charles’ coronation, according to a royal analyst.

With the Queen having passed the benchmark of 70 years on the throne, speculation is turning to what the monarchy’s future might look like after the Prince of Wales takes over.

According to previous reports, Prince Charles plans to “thin down” the monarchy before his coronation, with only Prince William, Kate Middleton, and their children joining him on the balcony when he becomes King.

However, expert Christine Ross told the Royally Us podcast that there may still be room for Harry and Meghan to be present on the day of the coronation.

However, Christine added: “I do imagine that Charles will want a larger family group shot of the existing Royal Family.”

The royal commentator suggested that this may encompass wider family members such as Charles’ nieces and nephews – with the exception of Prince Andrew – and that this could allow Harry and Meghan to gain access.

“I do think that Harry would be a part of that and Meghan may be as well if she wanted to be,” she noted.

“I only say that because that’s such a public forum for her, and we know that she’s maybe hesitant to travel or to put herself in that situation again where the British press can speak about her in that way.

“So I don’t think it would be so much about family feuds, as kind of indicating the future of the monarchy and also making everybody happy.”

When the Queen waved to huge crowds below the palace following her coronation in 1953, she was joined by her family and ladies of honour.

According to the Mail on Sunday, Charles wants his coronation to be “much cheaper” than the Queen’s, which cost £1.57 million – the equivalent of £46 million today.

As part of Operation Golden Orb, plans for Prince Charles and Camilla, Duchess of Cornwall’s coronation, which is expected to take place within a year after his succession, are being explored.