‘Couldn’t have missed his innings for anything’ 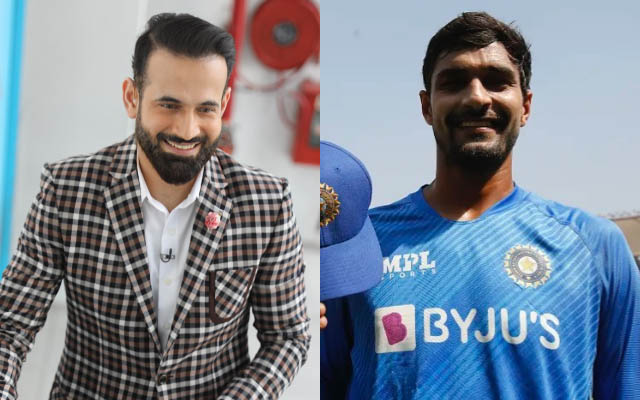 Hooda scored an unbeaten 26 off 32 deliveries.

Team India’s 1000th ODI appearance was a memorable one as the Men in Blue thrashed West Indies by six wickets at the Narendra Modi Cricket Stadium in Ahmedabad. Nothing really went the visitors’ way in the clash as India dominated them across the three departments. This was also Rohit Sharma’s maiden assignment as full-time ODI captain and he wouldn’t have hoped for a better result.

Meanwhile, debutant Deepak Hooda was among the many Indian players, who were impressive in this clash. Although the all-rounder didn’t get to bowl, he managed to make his bat talk. Coming to bat at number six, the dasher played some delightful shots and scored an unbeaten 26 off 32 deliveries. His brief but impressive knock was studded with a couple of boundaries.

Hooda would have been delighted with his performance and so was former Indian all-rounder Irfan Pathan. Pathan didn’t miss out Hooda’s maiden outing in international colours despite being stuck in traffic. The former all-rounder shared a picture of the same. “Couldn’t have missed his debut inning for India for anything. #TRAFFIC #travel,” tweeted the junior Pathan.

Couldn’t have missed his debut inning for India for anything. #TRAFFIC #travel pic.twitter.com/LCfiAwGf5t

Irfan Pathan has been mentor to Deepak Hooda

It must be noted both Pathan and Hooda hail from Baroda. The former has also been mentoring the 26-year-old since his early days. Earlier in the day, Irfan also congratulated his fellow Baroda for receiving his maiden Team India cap. “Congratulations my boy @HoodaOnFire Smiling face with halo Now make it count. #debut,” tweeted the former all-rounder.

Meanwhile, Hooda in a recent reaction  had revealed that Irfan and his elder brother Yusuf played a key role in his success. “People wondered, and doubts crept in pretty often, but Irfan Bhai always told me one line, Apna time aayega. I slowly got close to Irfan Bhai and Yusuf (Pathan) Bhai. They taught me to be calm, they made me realise the power of calmness,” said Hooda as quoted by The Indian Express.

“As a youngster, it was natural to be restless, and I was no exception. It was hampering my game. At times, I tried too hard. Tried to overdo things that weren’t needed. I remember Irfan Bhai telling me the importance of preparation and process. Doing the same thing over and over again, without expecting anything from anyone,” he added.