Blind Date: Architect Ryan and Beth who works in marketing bonded over their list of dietary requirements 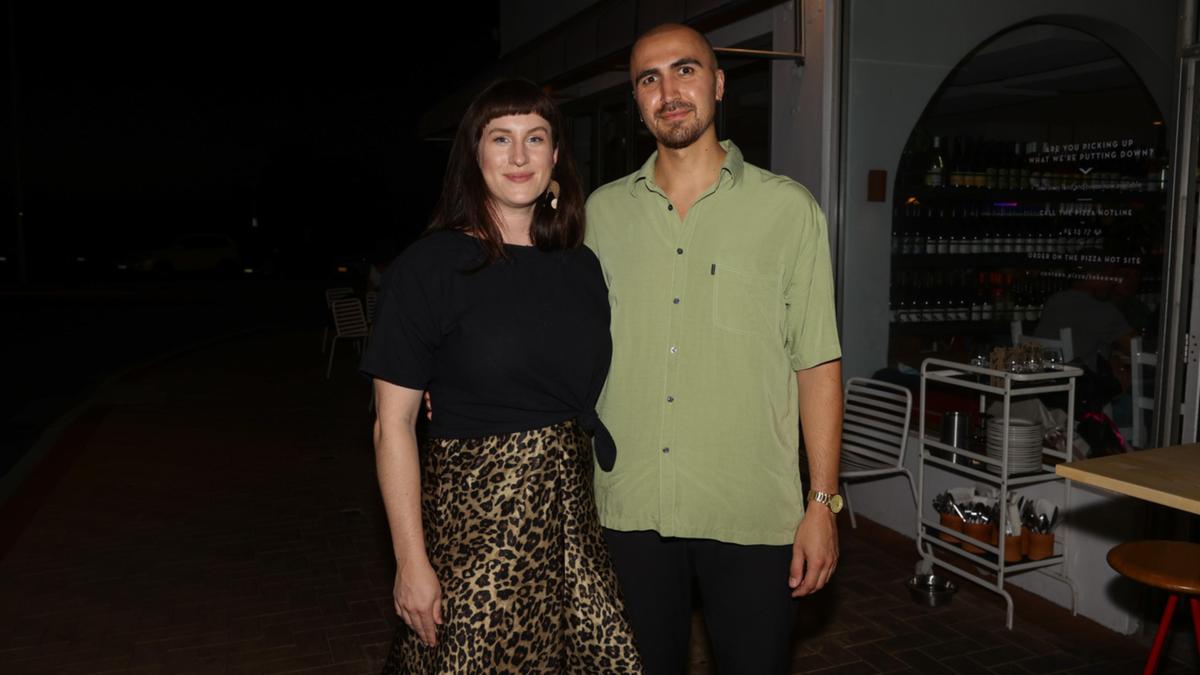 Obviously, on a first date, you feel a little bit anxious. Well, more exciting than anxious. I wasn’t that bad though. I think we both got to Canteen at just about the same time. It was really nice meeting Beth and we had a really good night.

The food was really nice. We both had a few dietary requirements, so we ordered a few plates and shared those.

I think we have lots of things in common in regard to our personalities. We’re both introverted extroverts or mostly introverts I would say.

We’ve both done quite a bit of travelling and quite a bit of solo travelling, which was pretty cool. I think we were both in Berlin. Not at the same time, but we’ve both been to Berlin. She’d been to a bunch of really nice places in Europe. I’ve been to a different couple of different places as well. We definitely had a common interest in travel and travelling by ourselves.

As for our work, we spoke about that to some extent. She works in marketing and I work in design, they’re both fairly creative fields. You kind of find a lot in common with people that share similar fundamentals in their jobs.

We didn’t really get into if we had mutual friends. She grew up in the country. I forget what town it was, but it had like a big ram or something. I think we had kind of very different lives growing up, which added to meeting someone that was a bit more different from the usual crowd.

I went in without any expectations at all. I wouldn’t say it was a nice surprise because that kind of infers I was expecting something else. But I was really happy meeting Beth. The whole experience was really enjoyable. And Beth was like super lovely. Really cute and nice. On a holistic level it was a really good time. We swapped numbers and we’ve been talking a little bit. I think we’ll go out for another date.

He was there first. I had parked but then I forgot my mask and had to run back and get it.

The waiter showed me over to the table, we gave each other a hug. He said his name was Ryan and then he made a joke. The sun was directly in his eyes where he was sitting. There was a bit of an awkward laugh while we settled in, which is similar to any first date.

I kind of expected that we would talk about it being a blind date straightaway, but we actually got more into ‘how’s your day been?’ and that was really good to calm down a little. He was a very calm person to be around.

We picked cocktails, they have great cocktails at Canteen I highly recommend, And the food was amazing. He’s vegetarian, so he kind of mentioned that when we were ordering the food. He was explaining why he was vegetarian. I tried previously to be a vegetarian. It was fascinating to be able to hear why people choose to become vegetarian and its different motivations. The planet is a huge one and some people, for the animals.

He is an architect. So we kind of discussed urban sprawl in Perth and expanded on the topic beyond surface level, which was nice. We talked about our work and why we enjoy doing what we do.

We talked about staying active and all the benefits that come with that but also just the craziness of the world at the moment, having that regularity of going and exercising was really nice. Our experiences in share houses also came up, that’s always a fun topic.

We talked about travel. Ironically something we can’t do at the moment. I’m meant to be going — if all goes well — for a wedding in Scotland at the end of the year.

It was surprisingly nice. The control is taken out of your hands a little bit which was a fun exercise in trust. But it was a really lovely evening.

We swapped numbers but we’re both quite busy at work at the moment. So we might catch up again, we’ll wait and see I guess.