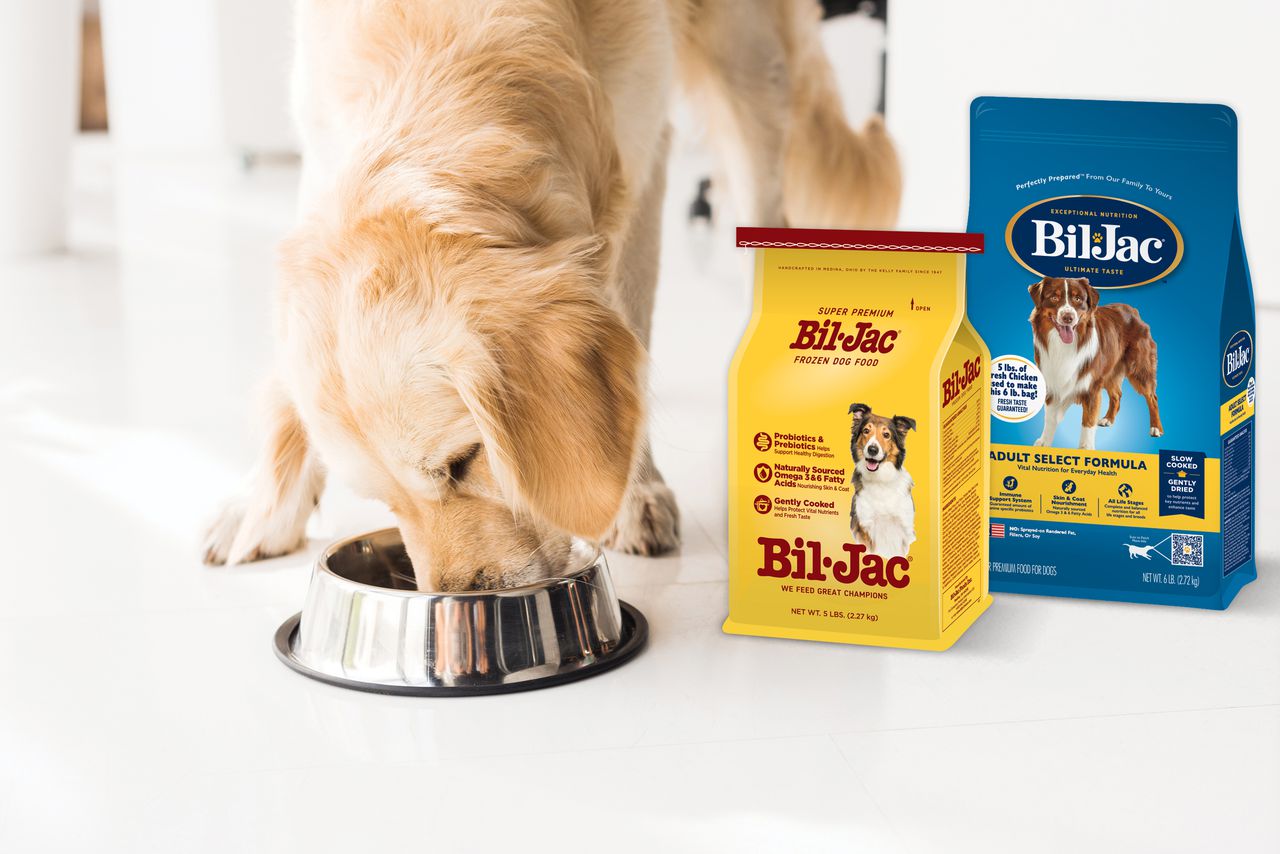 MEDINA, Ohio — Bil-Jac was founded in 1947 by Bill and Jack Kelly because of their shared passion to see dogs thrive. The dog food company has been keeping canine tummies full ever since.

While serving in World War II, Bill visited a large kennel of German shepherds being trained as bomb-sniffing dogs. When he saw that they were scraggly and undernourished, he asked his dad to send fresh meat, cereal and supplements so that he could prepare nutritious food for them. The dogs quickly began looking and performing far better.

When Bill returned home, he set out to improve dog food nutrition. Through trial and error, he discovered the best combination of ingredients, vitamins and minerals and the best process to protect those nutrients.

On Jan. 8, 1947, he delivered his first dog food to 11 customers, mostly neighbors. The recipe was made fresh daily and could be refrigerated three or four days.

That recipe was then refined to produce frozen dog food, using meat as the No. 1 ingredient — as it still does today. The recipe and the very specific way it was made were so revolutionary that the Kellys were able to get the first U.S. dog food patent in 1951.

That passion to produce nutritious food for dogs was handed down to Bill’s sons: Bob, Ray and Jim. Ray and Jim have retired, but Bob is still the president of Bil-Jac and hopes to work 20 more years.

“I have built a management team that I love — they respect the company’s values,” Bob said.

“My dad was a genius,” he said. “The company is all about nutrition, and the food tastes great. Animals are healthier on our food.”

In 1987, Bil-Jac began to manufacture a dry dog food using fresh meat ingredients and a gentle cooking and drying method called Nutri-Lock. The food contains 25 pounds of fresh chicken and balanced carbohydrates in every 30-pound bag of dried food. Unlike many other dog foods on the market, Bil-Jac does not add fat to make the food taste better.

The company offers 30 products online, including special recipes for puppies, seniors and large-breed dogs, as well as special diet foods that are flax-free, gluten-free, grain-free and high in protein. They also offer corn-, wheat-, pea- and soy-free food for dogs with sensitive digestive systems.

One special food is called “Picky No More.”

They also sell a large line of treats, such as chicken liver, whitefish recipe or banana and peanut butter flavored.

Bil-Jac’s headquarters can be found at 3337 Medina Road. the factory that produces all frozen Bil-Jac is situated behind the headquarters building. Dry Bil-Jac is produced in Maryland.

The food can be purchased in the United States, Chile, Japan, Malaysia, Panama, Costa Rica, Mexico, Canada, Israel and Australia.

Read more from the Medina Sun.