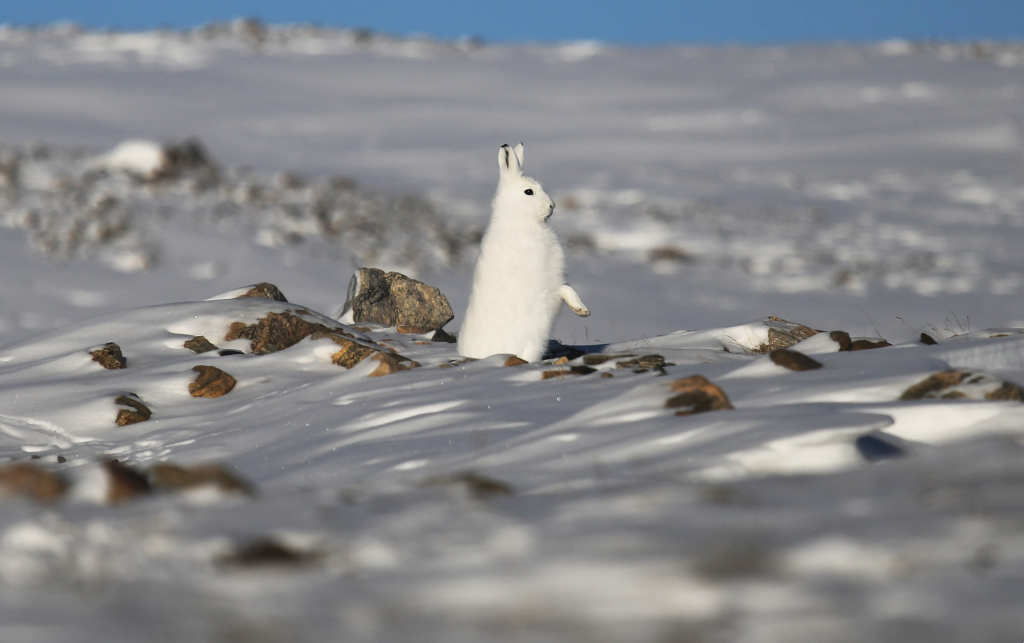 Arctic hares are known to travel many kilometres daily, but one individual in Canada’s far north has stunned researchers.

Dubbed “BBYY” (for the two blue tags on her left ear and the yellow tags on her right ear), the female hare travelled 388 kilometres in 49 days near Alert, the northernmost inhabited place on Earth.

This is “the longest distance ever documented for a hare, rabbit or any other relative, revealing unprecedented mobility capabilities for this type of mammal”, wrote the authors of the study.

Arctic hares, which weigh roughly the same as domestic cats, about four kilograms, play an important role in the Arctic food chain as a source of food for foxes and wolves in particular.

This is why the team of researchers from the Université du Québec à Rimouski (UQAR) wanted to find out how these animals move around the High Arctic in order to better understand the region’s biodiversity.

In the summer of 2019, the research team attached satellite tracking collars to 25 hares captured near the northern tip of Ellesmere Island, Nunavut, in the Canadian Arctic.

Map made by @Emilie_Desj showing the record ~400 km travel of female Arctic hare “BBYY” during fall 2019. There were questions about Argos collars: Arctic hares may not look like it, but they’re actually quite big! They are 4-5kg at Alert and collars were 115g (<3% of body mass). pic.twitter.com/uBkmGkMz9N

The initial theory was that lagomorphs (the hare and rabbit family) were sedentary animals that traveled an average of 1 to 35 kilometres for food. In the case of Arctic hares, biologists have long dismissed the idea that they would travel long distances.

Yet in our study, 20 individuals travelled between 113 and 310 kilometres. But none came close to the record of “BBYY”, who died of unknown causes about a month after reaching her final destination. She traveled an average of 8 kilometres per day with a maximum of 31 kilometres in one day.

In their conclusions, the researchers state that these results have “important implications for the ecology of movement and open new avenues for understanding the functioning of the polar desert, one of the biomes most exposed to global warming.”

The results obtained by the team of researchers, most of whom are supported by the Canada Research Chair in Northern Biodiversity at UQAR, have been published in the scientific journal Ecology.

Related stories from around the North:

Russia: In Russian tundra tragedy, up to 80,000 reindeer might have starved to death, The Independent Barents Observer

Sweden: The Arctic Railway – Building a future or destroying a culture?, Eye on the Arctic