A return to vegetarian Jewish cuisine 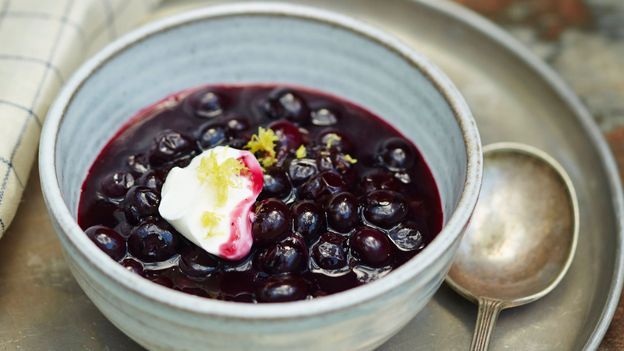 It may come as a surprise to fans of the Jewish deli, but the values of vegetarianism have long been espoused and cherished by Ashkenazi Jewish cooks. And these values are returning from the sidelines. From Los Angeles, California and Cleveland, Ohio, to New York’s Lower East Side and Brooklyn – where most Ashkenazi Jewish immigrants first settled and many sold pickles from pushcarts – a new generation of Jewish sandwich slingers and cookbook authors are promoting “plant-forward” eating.

In doing so, they’re embodying many of the beliefs spelled out by the likes of chef Fania Lewando in her 1938 cookbook The Vilna Vegetarian – and revolutionising modern Ashkenazi Jewish cuisine by taking it back to its roots (pun intended).

Eve Jochnowitz is a culinary ethnographer based in New York City’s Greenwich Village where she grew up. She published a translation of Lewando’s Yiddish-language cookbook in 2015, including around 400 vegetarian recipes.

There are sections expected of most any cookbook, like salads – with earthy dishes based on radishes and red cabbage – and soups ranging from a puréed carrot soup to bran borscht. Then come the unmistakably Jewish sections, like latkes (10 kinds) and Passover foods. There is even a section labelled “Kugels with Cholents”, with 11 different ways to make the traditional Jewish casserole to go with the Sabbath stew left to simmer overnight – that way, it’s ready for Shabbat lunch without lifting a finger.

In the foreword to The Vilna Vegetarian, celebrated cookbook author Joan Nathan writes that the Yiddish and German kosher cookbooks of the 1930s offered vegetarian recipes in response to anti-Semitic laws outlawing the traditional Jewish ritual of slaughtering animals. But vegetarianism in Jewish cuisine goes back as far as the Talmud, the compilation of rabbinic debate on Jewish law, philosophy and biblical interpretation that was produced between the 3rd and 8th Centuries.

Nora Rubel is co-founder of the vegan Jewish deli Grass Fed in Rochester, New York, and a Jewish studies professor at Rochester University where she researches American Jewish culture, culinary history and religion. She noted that the Talmud allows for the use of a beet on a Passover Seder plate instead of a shank bone. Knowledge like this, Rubel said, can embolden Jewish vegetarians.

“This shows us that [our ancestors] were already talking about this a long time ago,” Rubel said. “This is part of our culinary lineage.”