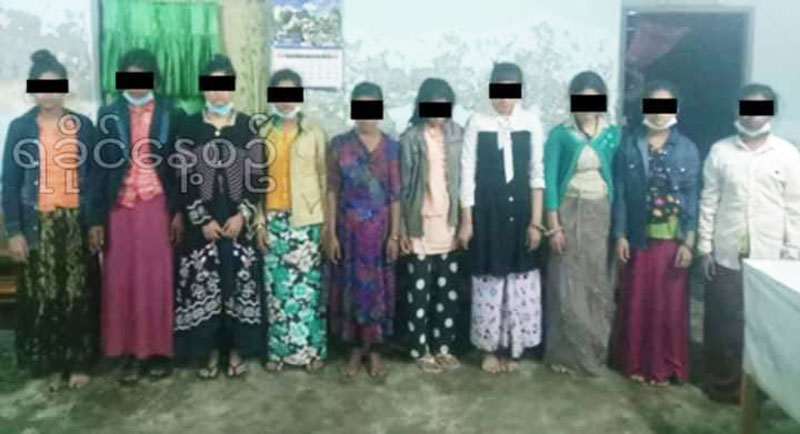 Sixty-five Muslims destined for Malaysia were arrested near Aung Tine village in Sittwe Township, Arakan State, on Thursday evening, according to the state’s police force.

Acting on a tipoff, authorities investigated a hut in a farm field outside Aung Tine village, finding 26 men and 39 women there, said an official from the state police force.

“We are told that they paid K1.5 million each to brokers, to send them to Malaysia. Immigration officers are questioning them. Then, they will be tested for Covid-19,” the police officer said.

The 65 Muslims are being detained at Sittwe Myoma police station. Cases have been opened under Sections 367 and 114 of the Penal Code, and an investigation aimed at arresting three brokers is ongoing, the police report said.

“It takes many years for us to be issued an ID card. So, we cannot travel for emergency cases,” said a Muslim who did not want to reveal their identity for safety reasons. “If we cannot show ID cards during travel, we are arrested and accused of being illegal immigrants. It is breaching human rights.”

On February 9, 48 Muslims from Arakan State were arrested in Kyauktan Township, Yangon Region, and 32 of them were subsequently sentenced to two years’ imprisonment with hard labour on immigration charges.

Many people in Arakan State go abroad in search of work due to job scarcity in the state.